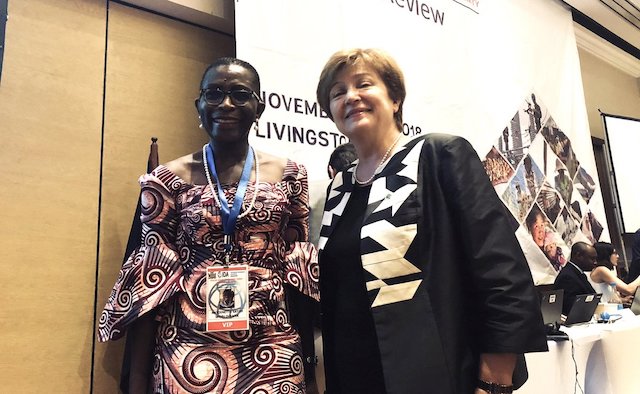 Liberian Antoinette Sayeh has been nominated to become a deputy managing director at the International Monetary Fund.

She was nominated by the Fund’s Managing Director Kristalina Georgieva on Tuesday.

“Antoinette demonstrates a rare combination of institutional leadership, deep analytical capacity, and an unwavering commitment to fairness,” Georgieva said in a statement.

She then tweeted the news: “I am delighted to announce Antoinette Sayeh’s appointment as IMF Deputy Managing Director—our first IMF African DMD since 1999. Antoinette’s stellar career speaks for itself—including her time as an outstanding Director of our Africa Dept. Welcome to my senior management team!”

Sayeh, a Liberian national, was director of the IMF’s African Department between 2008 and 2016. She since has been at the Center for Global Development think tank in Washington, and previously served as Liberia’s finance minister and spent 17 years at the World Bank.

Georgieva’s move to appoint her, which is subject to approval by the IMF board, comes after Geoffrey Okamoto, a 35-year-old U.S. Treasury acting assistant secretary had emerged as a leading candidate to replace David Lipton as the Fund’s first deputy managing director, backed by U.S. Treasury Secretary Steven Mnuchin.

Lipton will leave the IMF at the end of February after serving nearly nine years as the Fund’s No. 2 official, a role that has a strong influence over the organization’s policies.

The IMF’s No. 2 official has traditionally been an American, while the Fund’s managing directors have been from Europe.

The United States is the largest shareholder in the IMF, with 16.5% of the Fund’s voting power.