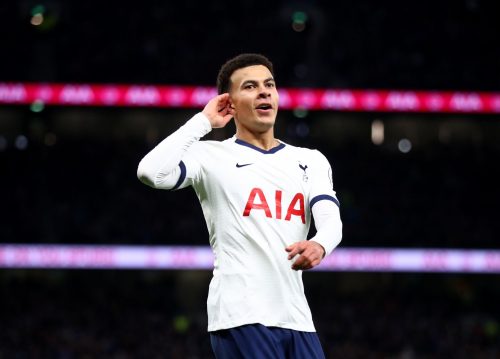 Tottenham and England football star, Dele Alli has been charged with misconduct by the Football Association following an investigation into his social media post that made an insensitive joke about coronavirus outbreak as he mocked an Asian man.

Earlier this month, the 23-year-old midfielder posted a video on Snapchat, where he appeared to film a man of Asian descent, along with the caption ‘Corona whatttttt, please listen with ­volume.’

In the video, Alli was seen wearing a mask with a look of concern on his face. The next part of the Snapchat story showed a bottle of handwash, accompanied by the caption: ‘This virus gunna have to be quicker than that to catch me og.’

He later took to Chinese social media site Weibo, to post an apology video for his action.

‘Just wanted to apologise for the video I posted on Snapchat yesterday,’ Alli said in the video. ‘It wasn’t funny. I realised that immediately and took it down.

‘I let myself down and the club. I don’t want you guys to have that impression of me.It isn’t something that should be joked about. Sending all my love and thoughts and prayers for everyone in China.’

The FA first wrote to him seeking his observations before deciding to charge him with misconduct.

An FA statement read: “Dele Alli has been charged with misconduct for a breach of FA Rule E3 in relation to a social media post. It is alleged that the Tottenham Hotspur midfielder’s post breaches FA Rule E3(1) as it was insulting and/or improper and/or brought the game into disrepute.

“It is further alleged that the post constitutes an “Aggravated Breach”, which is defined in FA Rule E3(2), as it included a reference, whether express or implied, to race and/or colour and/or ethnic origin and/or nationality. He has until Thursday 5 March 2020 to provide a response.”