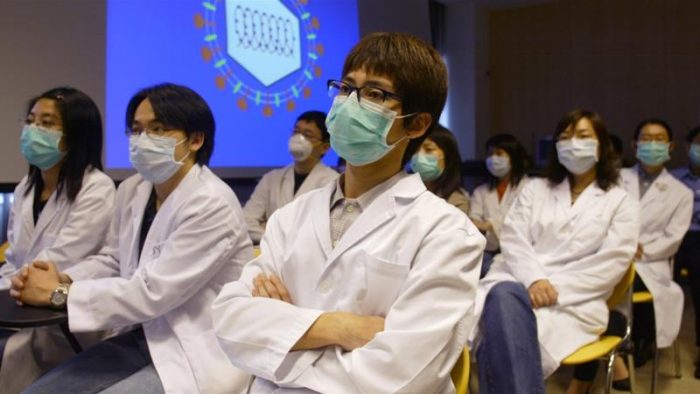 The Plateau government has quarantined four Chinese nationals in the state in line with measures to forestall the spread of Coronavirus disease 2019(COVID -19).

The State Commissioner for Health, Dr Nimkong Ndam, said the nationals were miners working in Wase Local Government Area of the state.

“They are four nationals, one arrived on Feb. 25, while the three others arrived on Feb. 26. On questioning them, they said they came from China, enroute Addis Ababa Airport to Abuja Airport , where they were screened by health officials,” Ndam said.

He said the uproar that their arrival had caused was based on speculations.

Their status would be confirmed after their isolation for 14 days, as they had not shown any symptoms of the virus, he said.

He assured the public that health Officials were on ground to ensure all measures were taken to curtail the spread of the virus which had killed more than 2000 lives in China, since it was first reported in December 2019.

The chairman of Nigerian Medical Association (NMA), Plateau chapter, Dr Titus Dajel, called for more stringent measures at entry points of the state , to control the spread of the virus in the state and the nation.

Dajel, while reacting to news about the suspected Coronavirus patients in Wase Local Government Area described the incident as unfortunate.

He said thorough checks by relevant authorities should be conducted on foreigners entering the country, especially from countries with the Coronavirus.

“We urge the public to exercise caution and high level of hygiene and avoid crowded areas and environment.

Nigeria’s confirmed coronavirus case was first reported on Friday of an Italian who works for a vendor that provides services to the Lafarge Cement Factory in Ewekoro, in Ogun State.

The Minister of Health, Dr Osagie Ehanire, said there are four laboratories in the country where suspected cases could be tested