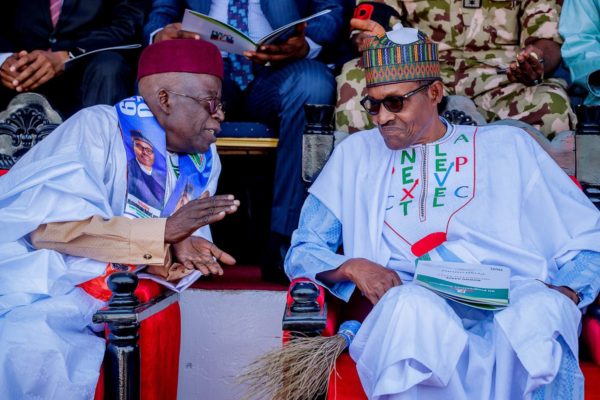 Tinubu to Buhari: keep the naira flowing to stabilise the Nigerian economy

In a move that shows the deepening discord in the ruling All Progressives Congress, an emergency National Executive Council meeting of the party called for 17 March, has been cancelled.

The three officers in a joint statement said the meeting breached the articles of the party and that Giadom has no power to call the meeting.

According to them, only the national chairman of the party or the resolution of two-thirds of members of the National Executive Committee can call such a meeting.

“Without prejudice to Article 25(B)(i) of this Constitution, the National Working Committee may summon an emergency National Executive Committee meeting at any time, provided that at least seven days’ notice of the meeting shall be given to all those entitled to attend,” the statement said.

“The National Working Committee, therefore, disassociates itself from the said illegal and unauthorised notice of meeting of the National Executive Committee.

“Members of the National Executive Committee and the totality of the members of our great party are, therefore, requested to ignore the said notice and/or invitation as a product of mischief that should not be given any probative value.

“The National Working Committee (NWC) shall continue to protect our Constitution and convene its meetings and the National Executive Committee meetings, in accordance with the provisions of the Party Constitution,” the statement added.

The party last held a NEC meeting in November 2019.

Party chairman, Adams Oshiomhole is facing a rebellion by a group within the party, which has sought the help of the court to remove him from office.

Last week Wednesday, an Abuja High Court issued an interlocutory injunction that asked him to vacate his office, pending the determination of the substantive suit.

But a day after, Oshiomhole got another high court judge in Kano to issue a conflicting order that restored him to office. He then went further to appeal the Abuja court ruling.