China accuses US Army of bringing coronavirus to Wuhan 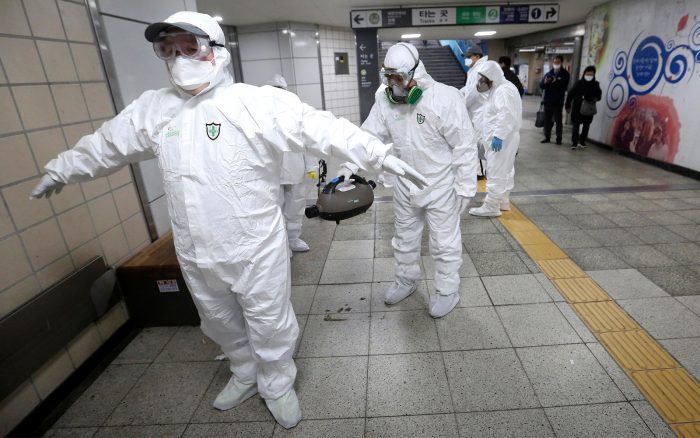 Where did the coronavirus begin? China or the United States? Chinese Foreign Ministry spokesman Zhao Lijian has sparked a new coronavirus controversy, when he suggested that the US army might have brought the novel coronavirus disease (COVID-19) to Wuhan, the city where the virus was first detected in the country.

Zhao made the accusation in several tweets on Thursday, following the admission to US Congress by director of the US’ Centers for Disease Control and Prevention, Robert Redfield, that some Americans who seemingly died from influenza were subsequently tested positive for COVID-19.

“When did patient zero begin in US? How many people are infected? What are the names of the hospitals? It might be US army who brought the epidemic to Wuhan. Be transparent! Make public your data! US owe us an explanation!” Zhao tweeted.

In October 2019, some US soldiers took part in a military championship games in Wuhan.

2/2 CDC was caught on the spot. When did patient zero begin in US? How many people are infected? What are the names of the hospitals? It might be US army who brought the epidemic to Wuhan. Be transparent! Make public your data! US owe us an explanation! pic.twitter.com/vYNZRFPWo3

2/2 CDC was caught on the spot. When did patient zero begin in US? How many people are infected? What are the names of the hospitals? It might be US army who brought the epidemic to Wuhan. Be transparent! Make public your data! US owe us an explanation! pic.twitter.com/vYNZRFPWo3

The US president, Donald Trump in a broadcast on Wednesday described coronavirus as ‘a foreign virus’.

The coronavirus was first detected in Wuhan, Hubei province, in late December. It was said to have been passed on to man by an animal in a Chinese sea food market.

As of now, the peak of the epidemic in China is over, with the country registering no new cases in any city of Hubei province, except Wuhan, over the past week.

Yet, the outbreak is ramping up across other countries of the world, in Italy, South Korea, Japan, United States, Germany with the World Health Organization now calling it a pandemic.

Zhao ramped up his accusation against the United States today, by quoting an article by Global Research that he claimed confirmed that coronavirus started in the US.

Here is an excerpt from the report:

The Taiwanese physician noted that in August of 2019 the US had a flurry of lung pneumonias or similar, which the Americans blamed on ‘vaping’ from e-cigarettes, but which, according to the scientist, the symptoms and conditions could not be explained by e-cigarettes. He said he wrote to the US officials telling them he suspected those deaths were likely due to the coronavirus. He claims his warnings were ignored.

Immediately prior to that, the CDC totally shut down the US Military’s main bio-lab at Fort Detrick, Maryland, due to an absence of safeguards against pathogen leakages, issuing a complete “cease and desist” order to the military. It was immediately after this event that the ‘e-cigarette’ epidemic arose.

We also had the Japanese citizens infected in September of 2019, in Hawaii, people who had never been to China, these infections occurring on US soil long before the outbreak in Wuhan but only shortly after the locking down of Fort Detrick.

Then, on Chinese social media, another article appeared, aware of the above but presenting further details. It stated in part that five “foreign” athletes or other personnel visiting Wuhan for the World Military Games (October 18-27, 2019) were hospitalised in Wuhan for an undetermined infection.

The article explains more clearly that the Wuhan version of the virus could have come only from the US because it is what they call a “branch” which could not have been created first because it would have no ‘seed’. It would have to have been a new variety spun off the original ‘trunk’, and that trunk exists only in the US. (1)

There has been much public speculation that the coronavirus had been deliberately transmitted to China but, according to the Chinese article, a less sinister alternative is possible.

If some members of the US team at the World Military Games (18-27 October) had become infected by the virus from an accidental outbreak at Fort Detrick it is possible that, with a long initial incubation period, their symptoms might have been minor, and those individuals could easily have ‘toured’ the city of Wuhan during their stay, infecting potentially thousands of local residents in various locations, many of whom would later travel to the seafood market from which the virus would spread like wildfire (as it did).

That would account also for the practical impossibility of locating the legendary “patient zero” – which in this case has never been found since there would have been many of them.

Next, Daniel Lucey, an infectious disease expert at Georgetown University in Washington, said in an article in Science magazine that the first human infection has been confirmed as occurring in November 2019, (not in Wuhan), suggesting the virus originated elsewhere and then spread to the seafood markets. “One group put the origin of the outbreak as early as 18 September 2019.”

Zhao asked people to read the article, in a tweet on Friday.

“Please read and retweet it. COVID-19: Further Evidence that the Virus Originated in the US”, he wrote.

In another tweet, Zhao also drew attention to another article confirming that coronavirus began in America :

Just take a few minutes to read one more article. This is so astonishing that it changed many things I used to believe in. Please retweet to let more people know about it. https://t.co/jprOhxlYE9