Disneyland shut down over coronavirus outbreak 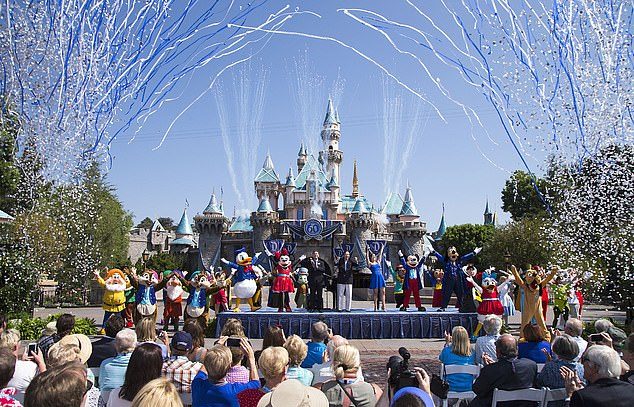 The Walt Disney Company has announced the closure of the Disneyland Resort and California Adventure, its theme parks in Anaheim, California, because of the COVID-19 outbreak (Coronavirus).

According to a statement by the spokesperson for Disneyland Resort, the decision was in the best interest of guests and employees, after carefully reviewing the guidelines of the Governor of California’s executive order.

“While there have been no reported cases of COVID-19 at Disneyland Resort, after carefully reviewing the guidelines of the Governor of California’s executive order and in the best interest of our guests and employees, we are proceeding with the closure of Disneyland Park and Disney California Adventure, beginning the morning of March 14 through the end of the month,” the statement says.

Disneyland Park and Disney California Adventure — two adjoining, but separately ticketed theme parks — will close on Saturday morning, March 14, through the end of the month. Disney’s hotels in Anaheim will remain open until Monday.

Though the park will close Saturday, hotels at Disneyland Resort will remain open until Monday, March 16, “to give guests the ability to make necessary travel arrangements,” the statement said.

“We will monitor the ongoing situation and follow the advice and guidance of federal and state officials and health agencies. Disney will continue to pay cast members during this time,” the statement said

The announcement added that it would work with guests who wish to change or cancel their visits and it will provide refunds during this closure period.

The closure of Disneyland follows the company shutting some of its parks overseas because of the virus. Disney’s theme parks in Shanghai and Hong Kong were closed earlier this year due to the outbreak.

This is the fourth time the company will close in its 65-year history. The last time it closed was after the 9/11 attacks.

Before now, It has only closed 3 times since its opening in 1955: For a national day of mourning after President Kennedy’s assassination in 1963, after the Northridge Earthquake in 1994, and after the Sept. 11 attacks.

Disneyland Park, originally Disneyland, is the first of two theme parks built at the Disneyland Resort in Anaheim, California, opened on July 17, 1955. It is the only theme park designed and built to completion under the direct supervision of Walt Disney.