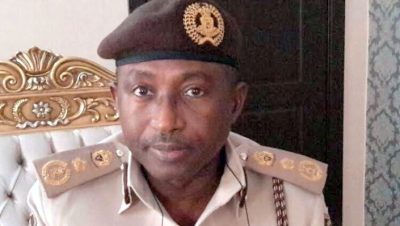 The Comptroller General of Nigeria Immigration Service, Muhammad Babandede, has tested positive to the coronavirus disease, an official said.

Sunday James, the Service Public Relations Officer, said the Immigration boss went into self isolation since he returned from the United Kingdom.

“As a top official of government, he has adhered to the NCDC instructions to self isolate and undergo test.

“The result of the test came out positive. Hence the need to make it public.”

James said that the Comptroller General was in stable condition and responding to treatment.

“The Comptroller General is active and directing as expected the affairs of the service online.

“The Deputy Comptroller General overseeing the administration of the service is in touch online to keep service activities running within this period.”

James said the service would continue to deliver on its mandate for the nation even in these trying times.