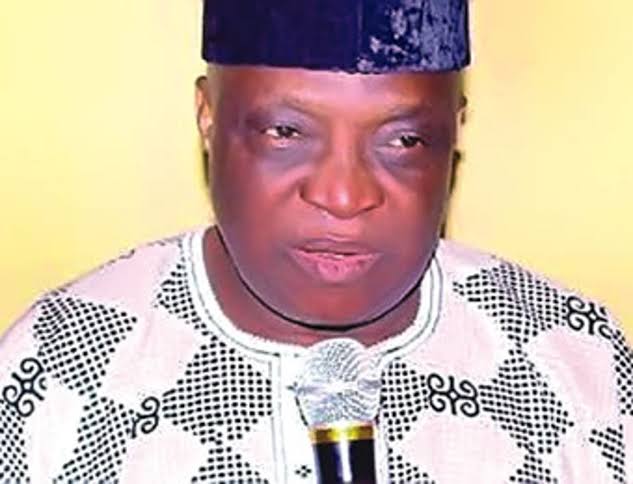 (Or, Gambolling on Friendship in a Season of Plague)

My friend, Olu Obafemi, turns 70 today. A joyous event, except that it has been shadowed by a cruel global pandemic called Covid-19, for which there is yet no cure. Most of the nation is now in a lockdown to fight the virus, and consequently therefore, all the jubilant events previously arranged to mark the birthday have had to be shelved.

It is a sad development, considering the still expanding list of casualties, but I will not use that as an excuse here. Even without the coming of this deadly coronavirus, I would still have been shy of words to celebrate my friend.

It will not be the first time I confess. On every similar occasion in the past, when I have had to talk about a friend, I have always found myself bereft. It may be a flaw, but unlike with some others, eloquence deserts me when the subject in question is a bosom mate.

It is the same today. How do I begin to speak of Olu Obafemi, my cherished brother, the small man famously known to be ‘larger than his frame’? I am tongue-tied. Because the important things we share, the intangible secrets that power the sinews of our relationship, are of such sensitive, even conspiratorial, intimacy, that they cannot be shed into the public ear.

Otherwise, the words come out merely lambent, too commonplace really to capture the profundity of my inner emotion. For me, the attachments bred of affection are too delicate to be easily amenable for translation into the vulgar vehicle of speech. (And I expect you to counter here that this was why poetry and music were born).  But in normal quotidian jargon, in the syntax of day-to-day discourse, friendship is always short-changed; rarely does one find the words to fit it. You can pile adjective upon adjective, fiddle with proverb and metaphor, but the real essence of your feeling would still be absent, unsaid.

That is my dilemma today in writing about my friend, whose anniversary has been ruined by this rabid pandemic. How far should I go, and how much disclose? When you have known a person so closely for so long, where should you stop?

I suspect that, to Obafemi himself, the occasion must look somewhat unreal. Like catharsis, a floating moment in one of his plays. A few years back—or, why not even say, up till midnight yesterday—the age of 70 must have seemed a long, long way away, somewhere very distant, the territory of those longevous, hoary fellows we used to refer to when we were young as ancestors and witches even. But now today, almost incredibly, he himself is suddenly there too, a cohort of Fagunwa’s Baba Onirugbon-yeuke, to be listed henceforth among the ‘elders’ of the land.

It was not totally unanticipated of course. We always know when age is piling upon us from subtle intimations—such as when the simple act of lifting a bucket of water, or climbing up a staircase, or moving the furniture, becomes a laborious chore that has to be mentally rehearsed in advance. Only, we rarely pay these signals any mind.

Unfortunately for us, one of the marks of our ‘modern’ circumstance, of our sophistication, is that initiatory rites no longer exist to usher us through the various passages of life. Our traditional societies, we recall, were not that careless. At various stages of transition—from infancy to adolescence to adulthood and so on, till death—every individual was made to undergo certain rituals and ceremonies, along with his or her age mates, in the course of which they would be taught the duties and responsibilities expected of them by the community. They would learn about the taboos that they must henceforth never infringe, the limits of their rights and deserts, as well of course as the penalties for deviance.

But no more nowadays. Now, sadly, the young arrive at adulthood, and are on their own. All they have to lean on is, at best, what they may have gleaned from the screens of the globalized internet, the artificial wisdom of stranded, self-obsessed robot men. But, Olu, you have travelled a different road. You have been fed and nourished with the rich ingredients of our culture, and it is this that brought us together to the same household of humane consciousness.

I know I will have to explain this, since it took me myself some time to understand it. Olu and I became friends, but to say here the exact details of when we began is beyond my memory.  It just seemed to me that we drifted together after the death of his supervisor in ABU, who was a colleague of mine. Then subsequently, when we were both, so to say, marooned here during those difficult military years, we had little choice but to find solace in each other’s company.

However, we accompanied him to his father’s village some years back to bury the old man, and it was then that I discovered to my amazement that our friendship had in fact, unknown to both of us, been more or less pre-planned.

On the occasion, I made a joke that if I had known that Olu came from such a rural, primitive hamlet, I would not have made friends with him. But the joke was really on me. For it was because he came from such a village in fact that we bonded as friends. His rustic beginnings were an astounding replicate of mine.

That day, as we drove into the forests through the loam and dust, heading for the village of Akutukpa, the landscape began to revive shards of forgotten memories from my own childhood and, for the first time, a fundamental truth about our relationship broke on me like an epiphanous revelation.

I came to realize suddenly that Olu and I had been born to the same beginnings—to the affinity of trees and forest spirits , the symphonic ambiance of insects and crickets and grasshoppers, the medley of streams flowing unseen in the underbrush to the chorus of snakes and creaking toads. I saw again as they floated past, the old familiar flotilla of birds and butterflies whose wings first awakened us as kids to the amazement of colours.

For a while as the cars squelched along, I closed my eyes, and it was easy to dream again, to recall the markets of yam and corn, pepper and salt and dried fish and other delicacies that used to dot those village roads not too long ago in my own Ijebuland. My mind wondered back to retrieve the pleasant nights when we assembled under the moon’s mysterious spell for moonlight tales, those tales populated by the feats of the tortoise and the farmer and frightful gnomes.

And then the scene changed abruptly, and I found myself plunged back to our harvest times of old, with their carnivals and processions, boisterous communal feasts, and different masquerades mounted by Ogun and other deities!..

I shook myself awake. So, this was where Olu came from, this haven of rustic delights! Tell me, how could we have shared such a memorable childhood, and not be friends? Wherever and whenever we found each other, inevitably, it would be a meeting of kindred spirits.

He has never visited my own ancestral village regrettably; none of my friends has. But that is mainly because the place no longer exists. At least no longer as I remember it. It has been swallowed, since my father went away, by so-called modernization; the former farmlands and their surroundings have been crushed into sorry urban slums by new dwellers, the rapacious speculators and latifundists from the city. But that day however, as we drove further and further into the forests for the old man’s final farewell, the resurgence of so many common gems from our childhood past gave the simplest and most vivid explanation for the depth of our friendship.

Thus it is no longer surprising that, though physically dissimilar, we are like spiritual twins, with near identical characters and similar thoughts and opinions on most subjects. To these, add our sentimental attachment to our mothers and to all women generally, and our sense of compassion, our spontaneous identification with the plight of the downtrodden everywhere. And furthermore, add that in spite of continual betrayal, we have refused so far to surrender to despair, or to the death of laughter in our land. It is also uncanny that we have both chosen the same weapon of literature and the arts to articulate our responses to history and politics.

On December 6 2018, not too long ago, my friend was conferred with the Nigerian National Order of Merit (NNOM) by the President. At the ceremony in Aso Rock, I was privileged to read his citation, and inter alia said as follows: “Olu Obafemi is a multi-talented and many-sided personality. Playwright, poet, novelist, scholar, teacher, translator, and much more besides, he is the public intellectual par excellence, one who has exhibited throughout his turbulent career, a moral commitment to interrogate the social injustices in our nation and elsewhere, while striving to build bridges of understanding across the contentious gulfs of class, culture and race.”

That was one of my proudest moments. So I don’t need to say more. Even if we have had to suspend our parties, no pandemic can ever erase such a dazzling tribute to a stellar life. Welcome, my brother and companion, to the mid-winter season and to the table of elders.