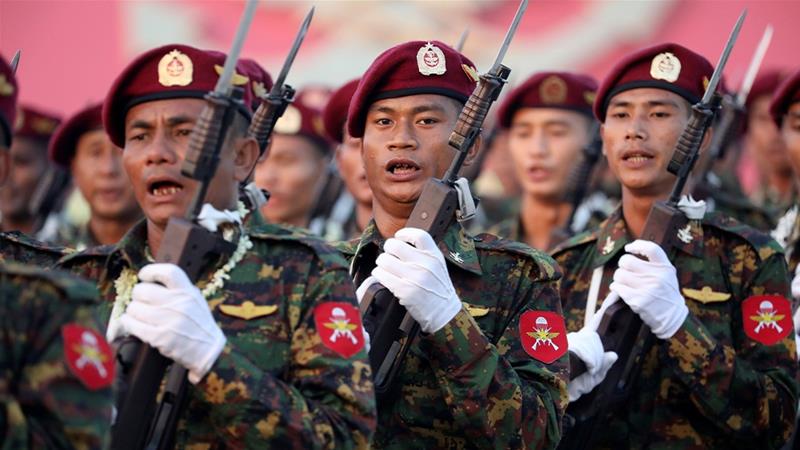 Myanmar military on Saturday declared a nearly four-month ceasefire period to help fight against the COVID-19.

The ceasefire will be applied to the areas except for those where armed organisations named as terrorists by the government are based, a statement from the Office of the Commander-in-Chief of Defence Services said.

The military’s ceasefire period is set from Sunday to Aug. 31 this year.

The ethnic armed organisations are advised to follow four principles out of the Commander-in-Chief of Defence Services’ six-point peace principle, the statement said.

The four peace principles include commitment to agreements, abstaining from misusing the peace agreement, not to placing a burden on local people, and abiding by existing laws.

In the statement, the ethnic armed organisations are urged to take accountability and exercise restraint in order to avoid fighting with each other and not to oppress local ethnic people.

They are asked to take responsibility not to disrupt the functioning of the government’s different levels of administrative mechanism and smooth transportation as well as not to harm the lives and property of the local people.

According to the statement, the military will take action if there is any violation to the mentioned instructions.

The military pledged to continue taking part in the nationwide processes of prevention, control and treatment of COVID-19 pandemic.