Another Nigerian artiste cries out over "slavery deal" with Akon 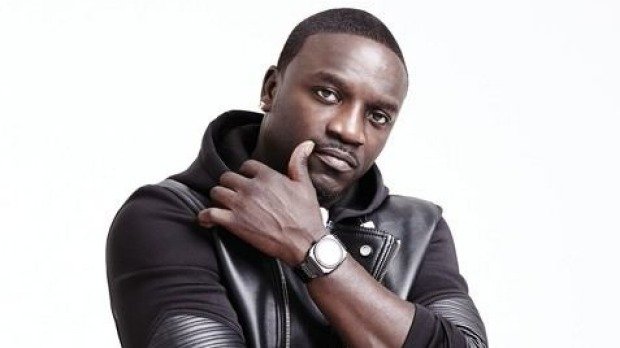 Another artiste has cried out for help while Nigerians were still dealing with reviving the musical career of Cynthia Morgan who blamed Jude Okoye for her misfortune.

And unexpectedly the artiste happens to be Samklef, who is a singer but well known as a music producer.

Samklef, however, took to Twitter to share the devastating situation he found himself after signing for a popular American singer and songwriter, Akon.

Samklef described the treatment given to him by Akon under Konvict Music as “Slavery deal”.

He said that the situation nearly made him take his own life as it wasn’t a pleasant one.

He asked Akon to respond to the allegations leveled against him by his countryman.

He warned him to settle issues amicably or will forever hold him responsible, should anything bad happen to the singer. 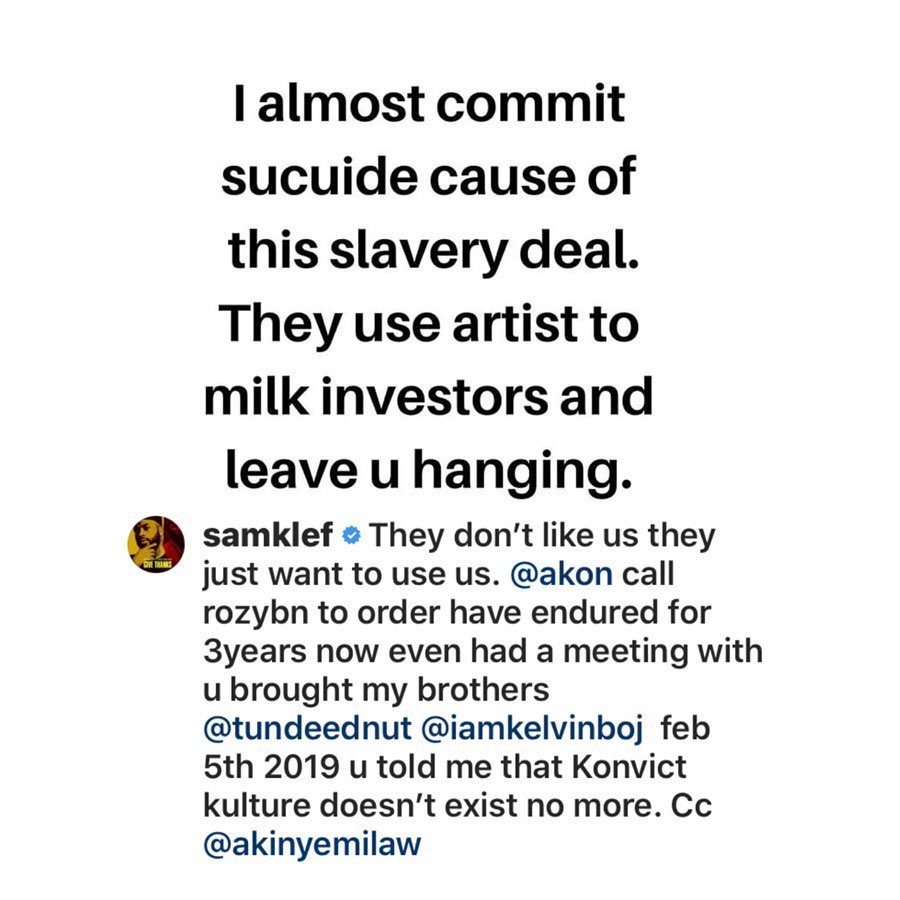 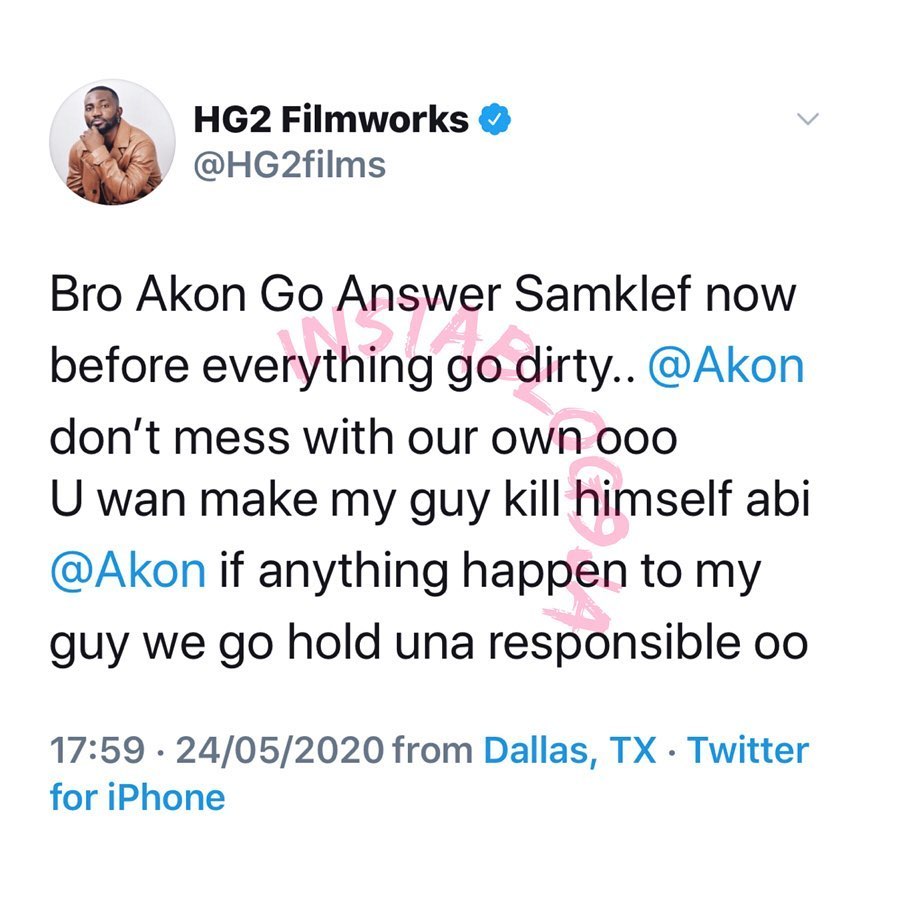 However, a few hours later after crying out, Samklef returned with good news.

He said: “Thanks to @flodoski x @akon.
“Have been told how to get my Vevo I’m free now and free for life! Omo afefe!”

Thanks to @flodoski x @akon have been told how to get my vevo I’m free now and free for live! Omo afefe! pic.twitter.com/2b8PeCVoPL