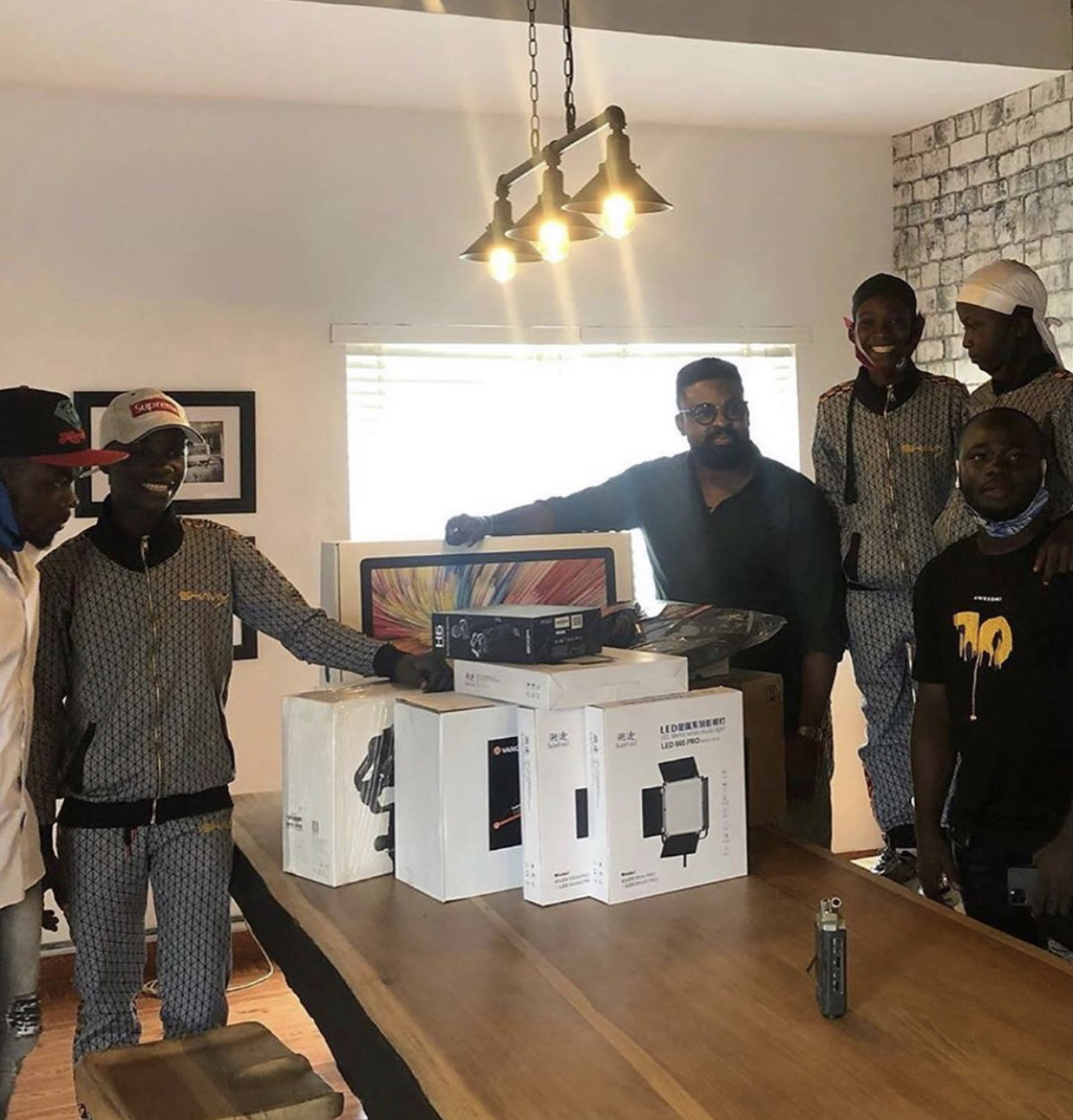 Nigerian social media sensation, Ikorodu Bois have revealed they have been gifted with filming equipment from media service provider Netflix.

In a tweet on Wednesday, the group expressed their joy as they thanked the company.

Ikorodu Bois, a group of teenage boys, rose to fame on Nigerian social media space with their unique and hilarious remakes of blockbuster movie trailers and music videos of hit singles such as MJ’s they don’t care about us, Burna Boy’s pull up, Bad Boys For Life, Money Heist, the recent Extraction and a host of others.

They drew the attention of some Hollywood stars and producers of the movie, Extraction, Russo Brothers, following the remake of the movie trailer.

Russo Brothers, noticed the remake of the movie trailer by the buzzing group on Twitter and expressed excitement at the remake. He invited them to the world premiere of the action-packed Netflix movie sequel starring actor, Chris Hemsworth.

Months ago, the boys caught the attention of American actor, Will Smith, after they recreated the Bad Boys Forever trailer.

Actor, Dwayne Johnson, and basketball player, Lebron James, have also reached out to the boys in recent times.

The group is made up of 15-year-old Muiz Sanni, 10-year-old Malik Sanni and 13-year-old Fawas Aina. Their 23-year-old brother, Babatunde Sanni, manages and edits the videos.