What Trump and his campaign are saying about Kamala Harris 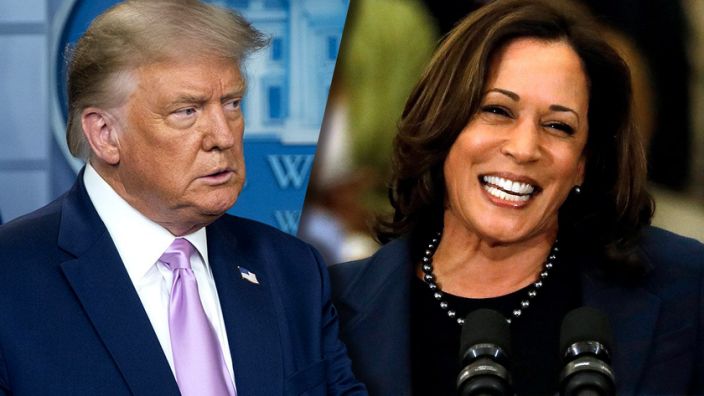 Sen. Kamala Harris was a fierce critic of Joe Biden during the Democratic Party’s presidential primary won by the latter.

Harris, 55, contested against Biden for the party’s ticket and dealt him severe blows during the debates in 2019.

But on Tuesday, Biden named the California senator as his running mate for the U.S. presidential election billed for Nov. 3.

Now, the campaign organisation of President Donald Trump is cashing in on past clashes between Biden and Harris to attack the former Vice President’s choice.

“Not long ago, Kamala Harris called Joe Biden a racist and asked for an apology she never received.

“Clearly, phoney Kamala will abandon her own morals, as well as try to bury her record as a prosecutor, in order to appease the anti-police extremists controlling the Democratic Party,” Pierson said.

Harris had now made history as the first black woman on a major party’s presidential ticket in the U.S.

During the primary election debates, she repeatedly clashed with Biden, especially for his relationship with former senators who supported racial segregation.

“In her failed attempt at running for president, Kamala Harris gleefully embraced the left’s radical manifesto, calling for trillions of dollars in new taxes and backing Bernie Sanders’ government takeover of healthcare.

“She is proof that Joe Biden is an empty shell being filled with the extreme agenda of the radicals on the left.

“Joe Biden is no moderate and with Harris as his ‘political living will,’ he is surrendering control of our nation to the radical mob with promises to raise taxes, cut police funding, kill energy jobs, open our borders and appease socialist dictators,” she said.

Reacting personally during a White House news briefing shortly after Biden made the announcement, Trump also cited Harris’s attacks against him.

“She was very disrespectful to Joe Biden. It’s hard to pick someone that was that disrespectful,” Trump said.

During the Democratic primary debates in 2019, Harris also disagreed with Biden over his opposition to the provision of school buses by the Federal Government as a means of rectifying racial segregation.

“Do you agree today that you were wrong to oppose busing in America?” Harris had asked Biden during the debate.

“There was a little girl in California who was a part of the second class to integrate her public schools and she was bused to school every day.

“And that little girl was me,” she said.

According to Fox News, Biden’s standing in the polls briefly dropped after the debate and Harris’ popularity soared for a while.

However, she dropped out of the race in December and became one of Biden’s strongest supporters.

Biden was quoted to have said a few days ago that he bore no grudges against the senator and had “great respect for her.”