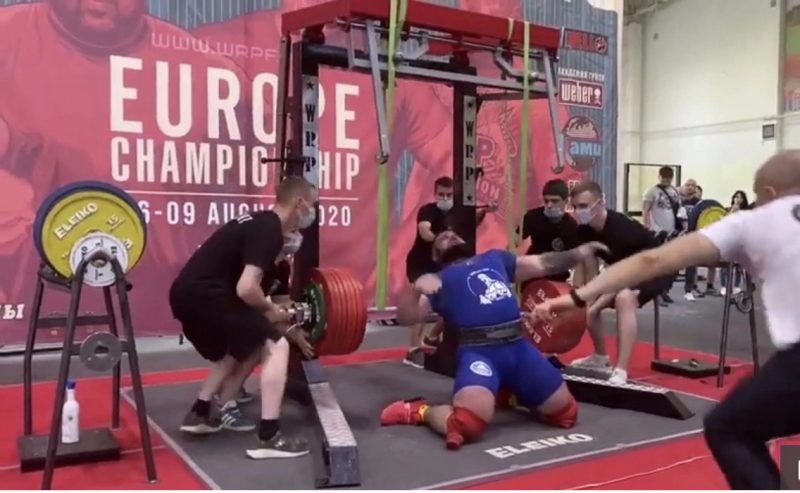 A Russian powerlifter Alexander Sedykh has fractured his two knees while attempting to squat lift 400kg.

The horror injury was suffered at the World Raw Powerlifting Federation (WRPF) European Championships – with Sedykh having arrived as the reigning champion.

The championship took place between 6 and 9 August.

But his reign is now over, after suffering the horrifying injury.

He was promptly rushed to hospital for immediate surgery.

And after the complex but successful procedures, he opened up about what’s next after his horror injury.

He said: “The main thing is that I must lie motionless in bed for two months.

“Then I’ll be taught how to walk again…The Sun