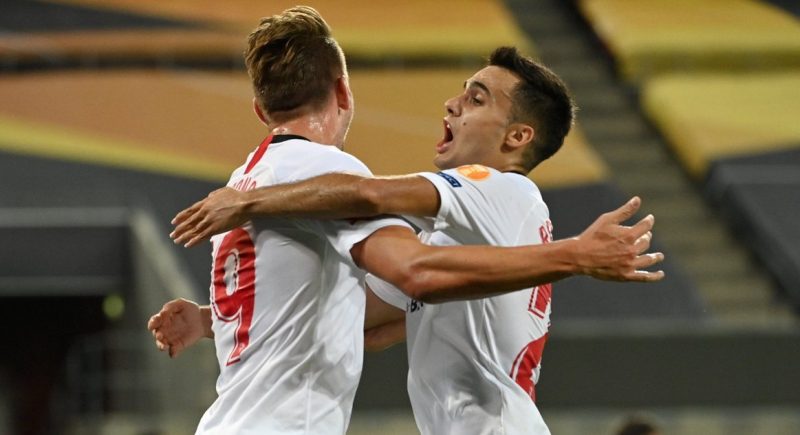 Spanish team Sevilla knocked out Manchester United at the first semi-final of the Europa League on Sunday, winning 2-1 in Germany.

United scored first when they were awarded a penalty in the 9th minute. Marcus Rashford was fouled in the box and Bruno Fernandes expertly placed the spot kick into the top corner.

Their lead didn’t last long though as Sevilla were soon level through Suso’s 26th-minute equaliser from Sergio Reguilon’s cross.

Luuk de Jong completed Sevilla comeback with a goal in the 78th minute. It was enough to send the five-time winners to the final.

Bono pulled off numerous saves to deny Manchester United a second, however, before Sevilla struck against the run of play.

The Spanish side will meet in Friday’s final in Cologne either Inter Milan or Shakhtar Donetsk, who play in Dusseldorf on Monday night.

The loss condemned Ole Gunnar Solskjaer’s side to their third semi-final defeat of the season following the FA Cup and League Cup.