Babangida at 79 and June 12 haunting shadow 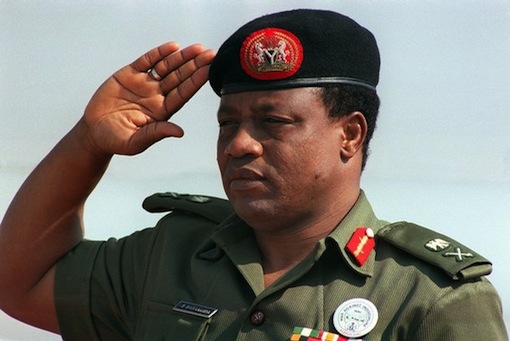 Ibrahim Badamosi Babangida, (IBB) Nigeria’s ex-military dictator who turns 79 today defies description. While some call him Maradona after the Argentinian soccer star, Diego Maradona, known for his dribbling skills, others prefer to call him the “last don of Nigerian politics”. However the name that has stuck over the years and will survive him is the one he once gave himself: ‘Evil Genius.’

Evil Genius? Still, whatever name one decides to call him, the truth is, this infantry soldier remains a recurrent decimal in Nigerian politics, remains a haunting shadow that not only taunts the memories of Nigerian but leaves a sour taste in the mouth.

And the intriguing thing about this man is that he is a master coup plotter, who before taking over power via a coup d’état he himself engineered, had been involved in all the coup-d’états that had taken place in the country.

And of course of all the coups the one that stands out was the Dimka’s coup of 13 February, 1975 when, unarmed, he seized the then Federal Radio Corporation of Nigeria and prevented his friend Dimka from making further announcements about a forceful overthrow of government that was later foiled.

Not only was Dimka arrested he and his fellow coup plotters were executed via firing squad. But the irony of that stoppage was that he went ahead to plan the coup that brought in then General Muhammadu Buhari and the one that later toppled him.

Still the haunting shadow that stalks this retired general is his annulment of the June 12, 1993 presidential election, which is considered Nigeria’s freest and fairest election ever. Not only did he annul that election, the presumed winner of that election, Moshood Kashimawo Abiola, was killed in a circumstance that still remains a mystery after he drank a cup of tea shortly after he was released from detention following the death of military dictator Sani Abacha. That poisoned chalice which snuffed life out of his friend haunts the gap -toothed General to this day.

Though Babangida later gave some spurious reason for annulling the election, that annulment sparked off a democratic struggle that led to the assassination of prominent Nigerians like Kudirat Abiola and Chief Alfred Rewane. Chief Alex Ibru, the late publisher of the Guardian escaped assassination by whiskers when he was shot at by Abacha’s assassins.

And many Nigerians who were at the forefront of that struggle, including Nobel Laureate, Professor Wole Soyinka, Chief Anthony Enahoro went into exile for fear of being assassinated. That was what gave birth to Radio Kudirat, named in memory of the late wife of the presumes winner of the June 12 election, Kudirat Abiola.

The annulment of the June 12, 1993 Presidential election remains a haunting shadow and brings to the fore not just the power question in Nigeria but also calls into question the existence of the political entity called Nigeria, which the late sage, Chief Obafemi Awolowo famously described as a mere geographical expression.

And it also reminds us that the power equation in Nigeria will never be balanced until those issues that calls into question the existence of this country as a geo-political entity are resolved.

That annulment was the climax of the dribbling tactics of the gap-toothed General which earned him the epithet, Maradona. However, 27 years after that election was annulled Nigeria has yet to recover from the hangover.

And an intriguing thing about this year being the 27th after the election was annulled is that that figure coincides with 27 August, the day he seized power via a military coup d’etat.

Just like the shrapnel that remains lodged in his chest when he was shot during the Nigerian civil war, that past continues to haunt him till this day. The fact still remains that whether history will be kind to him or not is left for the Nigerian people he governed with hands that are at once iron, slippery and stiff between 1985 and 1993 to decide.

Nigerians will never forget easily his gap-toothed smiles when this dashing soldier newly took over power on 27 August, 1985, offering them a ray of sunshine and hope, making them feel they were the decision makers, whereas they were not, promising to midwife a democracy that never came to be.

There was a precedence that led to that annulment. In 1986, shortly after he seized power, Babangida promised, as quoted in Time magazine to conduct “an open administration that [was] responsive to the yearnings and aspirations of all the people.”

His grandstanding went on in many ways: when he abolished the draconian Decree 4, released journalists and political prisoners from detention, conducted a national debate on the the political future of the country, rejected the proposed loan from the International Monetary Fund following public disapproval as well as as his pulling Nigeria out of the Organization of Islamic Countries.

But no sooner had Nigerians finished singing alleluia than Babangida bared his fangs and his gap-toothed smiles vanished like a mirage. And he sloughed his democratic skin gradually. He went through the back door to initiate those policies the International Monetary Fund had earlier recommended and convinced Nigerians to accept them. And that was how the notorious Structural Adjustment Programme which later inspired nationwide protests and riots because it didn’t have a human face came about.

In December 1985, hundreds of military officers were arrested for allegedly conspiring to overthrow him. Among those officers who were executed was General Mamman Vatsa,, soldier, writer and poet as well as Babangida’s childhood friend and Bestman at his wedding. Vatsa was accused of not only being involved in the coup but also its leader. Still, an intriguing thing about Vatsa’s death was that Babangida ignored the pleas of notable Nigerians like Professor Wole Soyinka, John Pepper Clark and Chinua Achebe that he spared Vatsa’s life and went ahead to execute him.

Vatsa’s execution was one too many and spoke volumes about where Babangida was headed. He also reneged on his earlier promise he had made in 1986 to hand over to a democratically elected government in 1992. He sacked Commodore Ebitu Okoh Ukiwe as Chief of General Staff for opposing his decision to join the Organization of Islamic Countries.

On 20 October, 1986 Nigerians were shocked to their wit’s end when the former Editor in Chief of Newswatch magazine, Dele Giwa, a staunch critic of the Babangida’s administration was assassinated via a letter bomb in his Lagos residence. Nigerians will never forget easily how two men dropped the parcel with the inscription–”From the office of the C-in-C” and was marked “secret and confidential”. And soon as the highly respected journalist opened the parcel, it exploded, killing him in the process.

However, Nigerians believe Babangida was the brain behind that assassination. All effort by the Oputa Panel, which was set up by the Olusegun Obasanjo administration and chaired by late Justice Chukwudifu Oputa to make him appear before the panel proved abortive.

Those unfortunate incidents in our nation’s history – the annulment of the June 12 Presidential election, the assassinations of prominent Nigerians in the wake of the annulment and the subsequent democratic struggle that ensued, the execution of his late friend Vatsa, the assassination of Nigeria’s frontline journalist, Dele Giwa and many others continues to haunt the retired General till this day.

And as Babangida marks his 79th birthday today, many questions are begging for answers: Has he been able to seek peace with his past that continues to haunt him? Has he been able to overcome his demons? Will history be kind to him in years to come? These are questions he alone can answer as he broods over his 79 years on Planet Earth today.