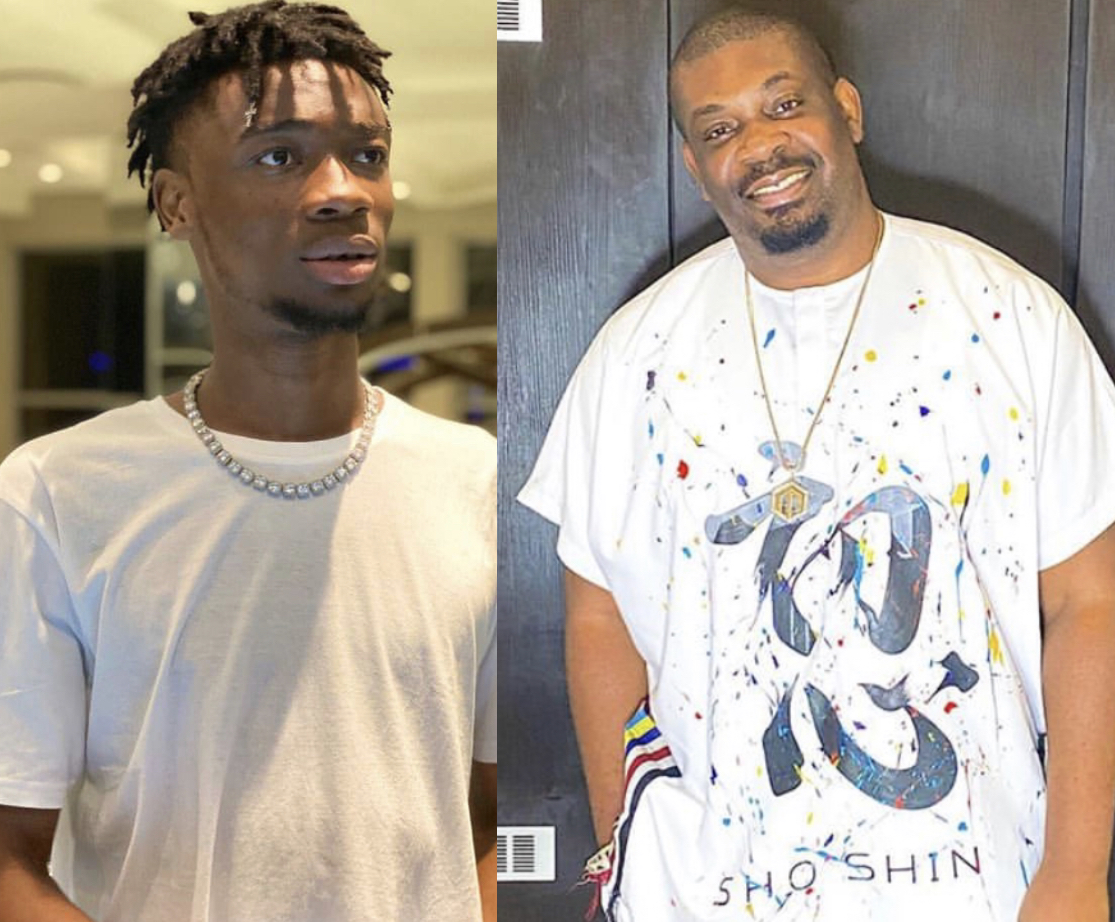 Another fast rising social media comedian, Dauda Tolulope, popularly known as Okiki DFT, has credited ace music executive and musician, Don Jazzy, as the one who brought his comedy skits to the limelight.

The talented comedian is doing great things and carving a niche for himself.

Since hitting the Nigerian comedy stage through the social media space, Okiki, who grew up and schooled in Akute, and is presently having his tertiary education at the University of Lagos, said he does not feel he has reached his peak yet.

In a chat with Vanguard, Okiki opened up on who and what event brought him to the limelight;

“I don’t think I am in the limelight like you would want it to be. But the skit that brought me to limelight, as you said earlier, was the one that Don Jazzy re-posted; the one that I wanted to swim and I was told to swim would cost me N10,000.”

“And I had already dived to enter the water, but I just reversed. It was actually reposted by Don Jazzy and from then followers started coming and my career took a turn for the better.”

“It was really amazing how things could change from one point to the next just by something or someone identifying with what you are doing.”