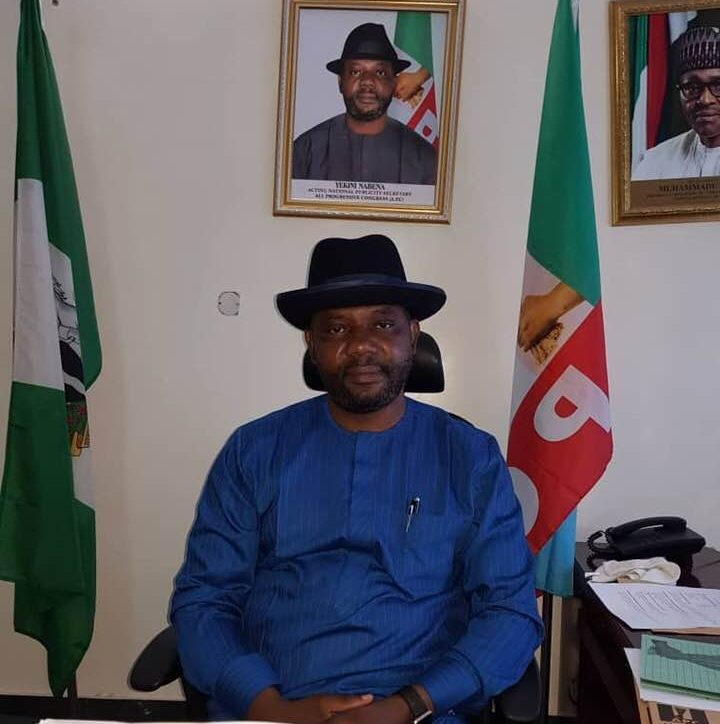 Yekini Nabena: APC publicity secretary: accuses PDP of not being ready for polls

The All Progressives Congress said on Thursday that it is ready for the Edo and Ondo governorship polls and accused the rival Peoples Democratic Party (PDP) of spinning ‘tired conspiracies”.

In a statement, deputy national publicity secretary of the APC, Yekini Nabena, said the PDP underscored its unpreparedness by spinning a purported inaudible tape and tales of a planned postponement of the elections.

“Hence, the APC being a political party, is not an electoral body and cannot speak on a purported planned postponement or otherwise. Evidently, it was the PDP’s practice to interfere in INEC’s operations. The APC has not copied such undemocratic and ignoble practice.

“For us in the APC, if the elections are held today, we are ready and confident of victory based on our visible pro-people and development track records and progressive plans for the good people of Edo and Ondo states.

“Our worry is the PDP’s threat of violence in the lead-up to the Edo and Ondo Governorship elections as echoed by the recent Amnesty International report and other well-meaning concerns. As always, the PDP has absolutely nothing to campaign on and has resorted to spreading fear.

“We will continue to reiterate that no life is worth the inordinate ambition of any partisan. The forthcoming elections must be peaceful, free, fair and credible. Votes must count and the wish of the electorate must prevail on who governs them.

“We call on our state institutions particularly INEC, the Judiciary and our security services not to be distracted by the PDP’s usual manipulative and disruptive antics and concentrate on protecting our hard fought and cherished democracy”.