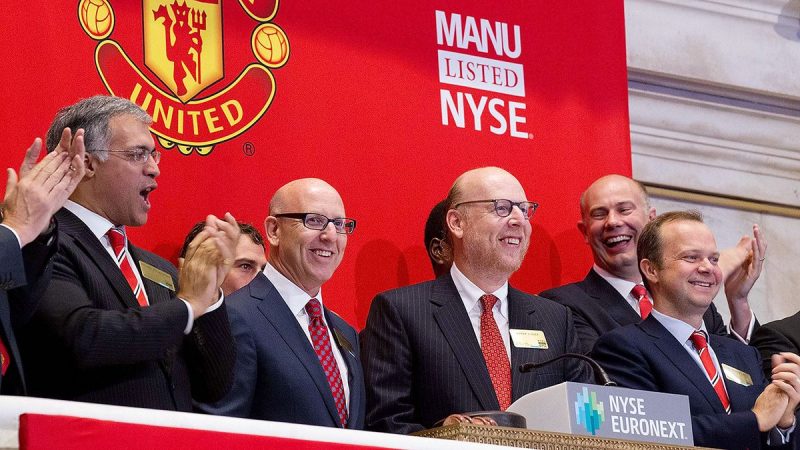 Manchester United fans are left disappointed by the attitude of Chief Executive of the club Ed Woodward and owner the Glazer family.

The football fans took to Twitter to voice out their frustration trending #glazersout, owing to inactivity of the club in the transfer market and previous indifferent performance of the club in past football seasons.

Manchester United ended the just completed football season third placed on the log with 66 points with only a few goals ahead of Chelsea who came fourth.

Previous performances of the clubs that have seen them miss out on winning major trophies, qualifying for the champions league on alternate seasons and getting a silverware last during the 2016-17 campaign had angered the fans.

United’s performance has also seen them hire and fire coaches at the club making them appoint four different managers since the retirement of legendary manager Sir Alex Ferguson.

Initially, United were linked with Jadon Sancho, the English sensation playing for Borussia Dortmund in Germany.

However, negotiation broke down between both clubs as Borussia Dortmund eventually came out to announce they were not going to part ways yet with their young winger.

Rumours also made round the team were going for Kai Havertz also linked to Chelsea.

Although, United fans had voiced out their rage against both the club owner and chief executive. But the anger is now at a whole new level on Twitter with #glazersout.

Feel sad for this guy .. if we don't go on and make quality additions to our team ..then he will be the ultimate sufferer. The board will put entire blame on him and will show him the door! Our owners are a disgrace to this football club. #WoodwardOut #GlazersOut #MUFC pic.twitter.com/2yLYQvYFFt