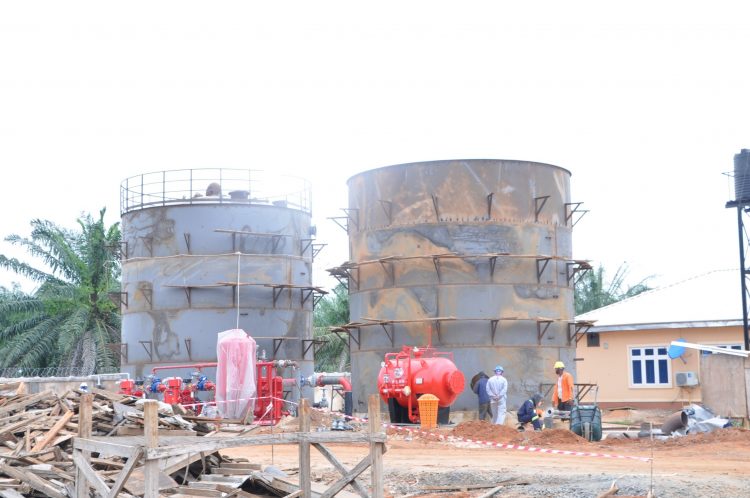 The Edo Modular Refinery has applied to the Nigerian National Petroleum Corporation (NNPC), for supply of crude oil, in preparation for the commencement of production in the phase one development of the facility.

The refinery which is being developed by Edo Refinery and Petrochemical Company Limited (ERPC), has support from Edo State Government.

Chairman of ERPC, Michael Osime, said the refinery has reached advanced stage of development where the operators now have to introduce hydrocarbons to the facility.

He said discussions were also ongoing with marginal field owners for crude supply as the refinery is designed to use various grades of crude.

He noted that while the Operation and Management (O&M) of the facility is being carried out by Peiyang Chemical and Equipment Company of China (PCC), there are plans to train Nigerians over a short period of time to take over the operations of the facility, especially with the development of a fabrication yard and other key capacity building initiatives built into the Memorandum of Understanding (MoU) signed between the Edo State Government and Tianjin University, with PCC as the holding company.

The AIPCC Energy Limited, which is developing the refinery, is a joint venture between PCC and African Infrastructure Partners Limited (AIPL).

“On expansion, the refinery would increase the refining capacity in Nigeria and meet 18 per cent of the local demand for diesel in Nigeria.”

The Edo Modular Refinery is an offshoot of the Governor Godwin Obaseki-led administration’s drive to re-calibrate the state’s economy for industrial growth.

The project benefited from a N700 million project support fund and an MoU with Tianji University, which paved the way for its accelerated development.

The N700 million investment was sourced from the setting up of Edo Investment Scheme Limited, a Special Purpose Vehicle (SPV) to hold N2 billion investment funds in which the Ministry of Finance Incorporation (MOFI) and the Edo State Oil and Gas Producing Areas Development Commission (EDSOGPADEC) which are to hold shares of 20 per cent and 80 per cent respectively.