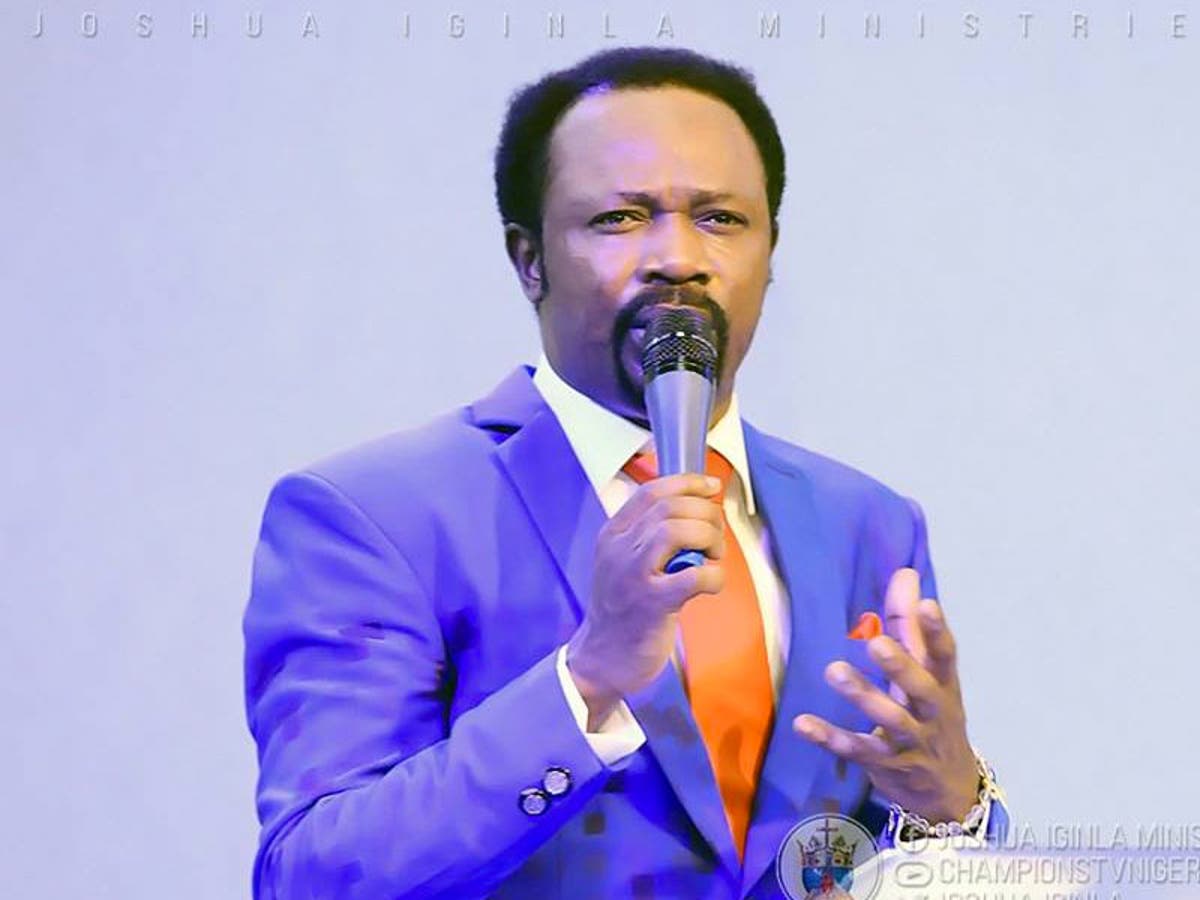 The General Overseer of Champions Royal Assembly, Brother Joshua Iginla has accused President Muhammadu Buhari of plotting a coup against Christianity with the Companies And Allied Matters Act (CAMA) signed into law.

Under the law, religious bodies, and charity organisations will be strictly regulated by the registrar-general of Corporate Affairs Commission (CAC) and a supervising minister.

Section 839 (1) and (2) of the CAMA law provides that the commission may by order, suspend the trustees of an association or a religious body and appoint an interim manager or managers to coordinate its affairs where it reasonably believes that there has been any misconduct or mismanagement, or where the affairs of the association are being run fraudulently or where it is necessary or desirable for the purpose of public interest.

Many Christian leaders have stood against the Federal Government’s move on the matter, including the Christian Association of Nigeria.

However, Iginla, while reacting to the development, blamed some church leaders for creating division in Christianity, thereby allowing the government to trample on churches without fear.

“One of the reasons the body of Christ in Nigeria is having problem is because we don’t know our capacity. We have lost focus and spent time having doctrinal argument. We are the light of Nigeria.

“If we want to ensure that a Christian becomes the president of this country, we have the capacity but we are so self-centered and divided that we are running to people that should be running to us, everything doesn’t end in prayer, there are things we don’t need prayer for in Nigeria. We have the capacity to strengthen things but the church has lost her tastes. We are in days when we no longer attack the devil but ourselves.

“The reason people from other religion will continue to do better is because they understand their capacity.

Also, Iginla made his stand known on the CAMA law, explaining that the law is a coup against Christianity and that some pastors are ready to die to prevent the law from being implemented on churches.

He maintained that the church was built by the labour of pastors and that appointment of trustees who know nothing about the growth of the church, was highly condemnable

‘’Do you know what it took some of us to labor to grow a church up to this level and someone will say he will appoint a trustee over the Church. You don’t even know how the church came about. If a pastor is corrupt, let him face the law and go to jail but appointing a trustee? Some of us are ready to die before you do that to us, it is absolutely wrong.

“Do you know why it is happening like this? Because the church isn’t feared.

“How do you make a law for the church? You change the trustee and put your own trustees? When has some organization become a spiritual entity?

“Are you about to preach, do deliverance, in what capacity will you control the church? Make laws that prevent men of God from being corrupt and if they are corrupt, take them to court but putting your trustees is a coup against the church,’’ he added.

“Sometimes I laugh. Thank God for this government and what they are doing, but I must say their energy must be channeled on the right thing. Those who have looted our money and sent our children to live in penury, those governors that have embezzled money should be sent to jail. It’s only in my country that those who are fighting corruption are even corrupt.

“Money that was spent on Covid-19, how many got it? Those who are in charge should be sent to jail. Leave the church alone. We are not government. If any pastor is found looting with the government, send him to jail but hunting the church is the last place of priority in the fight against corruption.

“The government should intensify efforts against those ones. These are people we should use as scapegoats. I am not saying they should not look into the church, look into it but appointing a trustee in the church is wrong. If anyone is appointed to take my sit in my church, except the Lord hasn’t anointed me, he or she will not live to see the next seven days,’’ he warned.