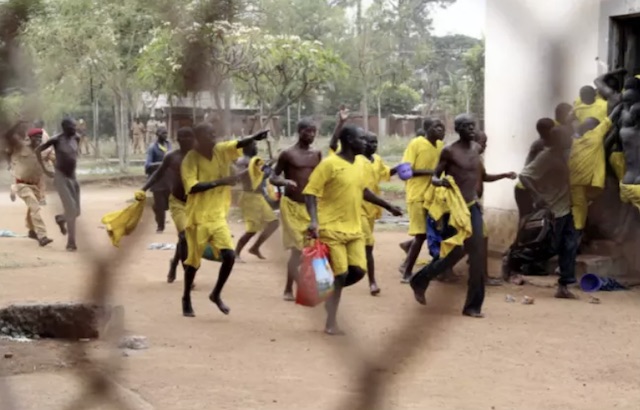 A total of 219 inmates have staged a jail break in Uganda’s northeastern district of Moroto, a prison spokesperson said in Kampala Thursday.

Frank Baine, Uganda prisons service spokesperson, told Xinhua by telephone that seven inmates have been recaptured and three were killed after they escaped at Singila prison in Moroto town.

Baine said the troops from the prisons, military and police are jointly pursuing the escapees.

“Last night they withdrew the air (helicopter gunship) but foot patrol continued. Up to now it is ongoing. We expect better results by the end of the day,” he said.

The spokesperson added that the prisoners, a majority of them sentenced over illegal possession of firearms, took off with 14 guns and several rounds of ammunition.

In March, at least three prisoners were killed and six others injured after riots occurred when inmates attempted to escape in the northwestern district of Arua.