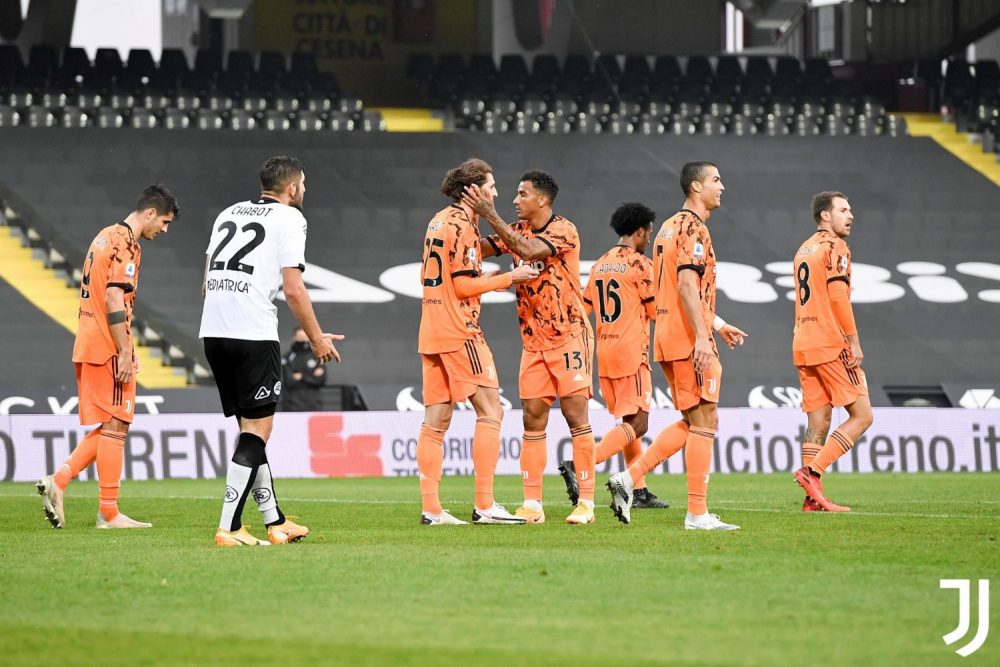 Cristiano Ronaldo at 35-years continues to show why he remains one of the greatest footballers as he comes off the bench to inspire Juventus to a 4-1 win against Spezia.

The Old Lady were having a hard time keeping the newly-promoted side at bay at half time. The home side forced a 1-1 draw in the first half after Morata opened scoring.

However, Ronaldo who came in as a substitute in the 56th minute needed only three minutes to rescue the old lady. The 35-year-old received a through ball from Morata, runs at Spezia defense, creates a one on one with the goalkeeper, and simply put the ball in the net.

Adrien Rabiot who also came in as a second-half substitute doubled Juventus lead putting them 3-1 ahead.

Ronaldo scored the final goal in the match from the penalty spot after Paolo Bartolomei tripped Federico Chiesa.

Juventus who celebrate their 123-year-old birthday got the perfect gift from Ronaldo.