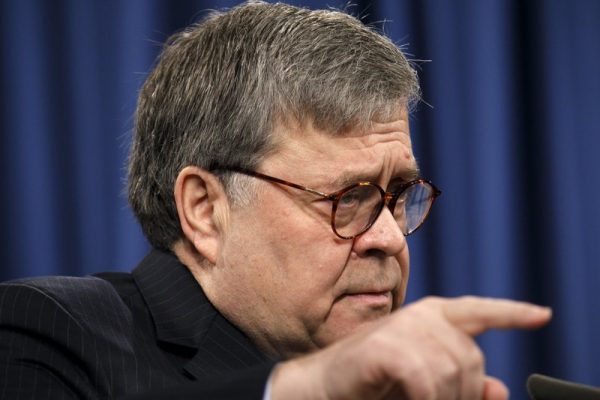 Richard Pilger, the head of the branch of the US Justice Department that prosecutes election crimes has resigned.

He quit hours after Attorney General William Barr issued a memo to federal prosecutors to investigate “specific allegations” of voter fraud before the results of the presidential race are certified.

Richard Pilger, who was director of the Election Crimes Branch of the DOJ, sent a memo to colleagues that suggested his resignation was linked to Barr’s memo.

“Having familiarized myself with the new policy and its ramifications, and in accord with the best tradition of the John C. Keeney Award for Exceptional Integrity and Professionalism (my most cherished Departmental recognition), I must regretfully resign from my role as Director of the Election Crimes Branch,” Pilger’s letter said, according to a copy obtained by NBC News.

“I have enjoyed very much working with you for over a decade to aggressively and diligently enforce federal criminal election law, policy, and practice without partisan fear or favor. I thank you for your support in that effort.”

Barr on Monday issued a memo authorising prosecutors “to pursue substantial allegations of voting and vote tabulation irregularities prior to the certification of elections.”

That’s a change of Justice Department policy, which had previously advised prosecutors that “overt investigative steps ordinarily should not be taken until the election in question has been concluded, its results certified, and all recounts and election contests concluded.”

Read all in NBC News