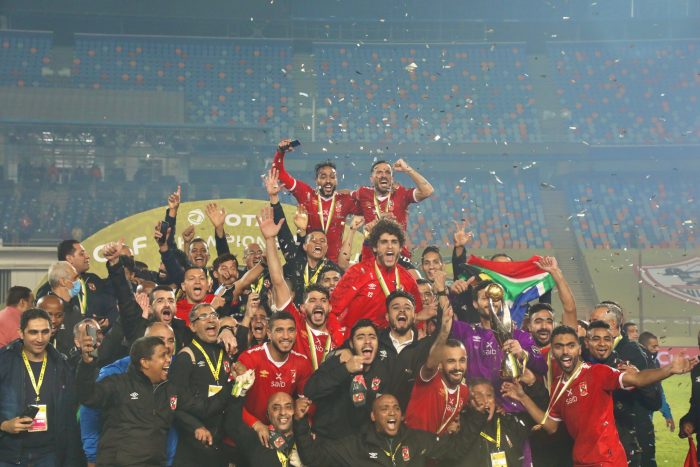 Egyptian giants, Al Ahly are set to represent Africa at the Club World Cup after defeating Zamalek 2-1 to claim the CAF championship.The ‘Red Devils’ claimed their ninth title to widen the gap with African clubs as the club with the most wins.
Al-Ahly will also now face Moroccan outfit RS Berkane, who previously won the title of the Confederation Cup over Pyramids FC of Egypt, in the “Total” Super Cup final that will be held in Cairo next month.

On the other side, Zamalek whose last coronation was in 2002 are still looking for the sixth title they failed to earn when they lost 2016 final against Mamelodi Sundowns.

Al-Ahly becomes the fourth club to book a ticket to the club World Cup in Qatar between 1 and 11 February next year Al-Duhail will be Qatar’s representative in the tournament, Auckland City, and Bayern Munich. The three teams representing Asia, South America, and Concacaf are to be decided within the next two months.