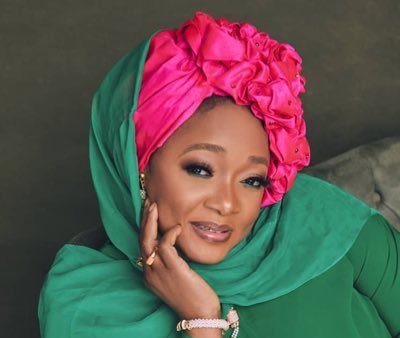 President Muhammadu Buhari has approved the appointment of Imaan Sulaiman-Ibrahim as the new Director-General of the National Agency for the Prohibition of Trafficking in Persons (NAPTIP).

A statement issued by Garba Shehu, Senior Special Assistant to the President (Media & Publicity), said until her new appointment, she was a member of the Nasarawa State Economic Advisory Council as well as Special Adviser on Strategic Communication to the Minister of State for Education.

The appointment is coming after the Board of Trustees of the United Nations Voluntary Trust Fund for Victims of Trafficking in Persons’ (UNVTF) appointed the for DG, NAPTIP, Dame Julie Okah-Donli as its new chairman.

A statement by UNVTF said Dame Okah-Donli’s appointment is coming barely few days after she was announced as a member of the Board.

All members will serve a three-year term and provide strategic guidance to the UNODC Trust Fund Secretariat in the management of the Fund. The Chair of the Board is appointed for a one-year renewable term.

The former NAPTIP DG was appointed by Buhari in 2017 as NAPTIP DG.