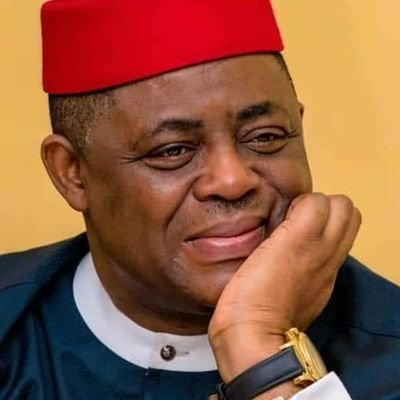 The trial of former Aviation Minister, Femi Fani-Kayode could not hold on Wednesday for the third consecutive time due to his absence in court.

He is facing a five-count charge of money laundering to the tune of N26million, preferred against him by the Economic and Financial Crimes Commission, (EFCC).

Counsel Abubakar noted that the unnecessary delays caused in the trial, defeat the spirit of the Administration of Criminal Justice Act of 2016 (ACJ).

Therefore, he applied for a bench warrant against the former minister.

”We applied for issuance of a bench warrant against him, but the court declined and gave the defendant another chance.

“Again, My lord, we are here this morning and the defendant is not in court and not any excuse was tendered on record by the learned counsel.

“In line with the antecedence of the defendant, and based on Section 184 of ACJ, we humbly apply for the court to issue a bench warrant against the defendant for his arrest and detention,” Abubakar stated, praying also that the arrest warrant is extended to Fani-Kayode’s surety.

However, the defence counsel, Wale Balogun, opposed the application, stating that it was on record that the matter has been on in court for four years, with the defendant attending all the proceedings, except on a few instances due to medical reasons, stating that the defendant’s absence at the October adjourned date was due to the curfew, imposed in Lagos State by the state government due to the EndSARS protest.

Also, he disclosed that his client’s inability to be in court today was on health grounds and tendered a copy of his doctor’s report, from General Hospital Kubwa, Abuja in support. As such, he urged the court to discountenance prosecution’s application for a bench warrant for lack of merit, assuring the court of his client’s presence in the next adjourned date.

Justice Tsoho ruled in favour of the defence counsel and adjourned the matter till February 23 and 24, 2020 for the continuation of trial.