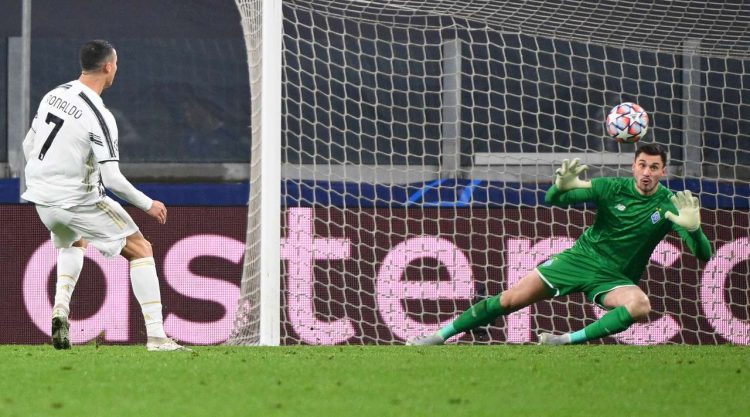 Ronaldo scores the second goal of the match, in which Juventus won by 3-0 against Dynamo Kyiv.

Incidentally, the match has a female as the referee. Her name is Stephanie Frappart, who became the first woman to take charge of a men’s Champions League fixture.

Earlier, Federico Chiesa had opened scoring for aJuventus, after burying a close-range header low in the middle of the goal after a good run and cross by Alex Sandro.

It was a superb work from Federico Chiesa, who played a vital role in the build-up. He squared it to Alvaro Morata, who beats Georgi Bushchan with a brilliant shot into the bottom right corner.

After the match, Ronaldo tweeted to thank millions of fan for helping him score 750 career goals.

” goals, happy moments, smiles in the faces of our supporters. Thank you to all the players and coaches that helped me reach this amazing number, thank you to all my loyal opponents that made me work harder and harder everyday,” he said.