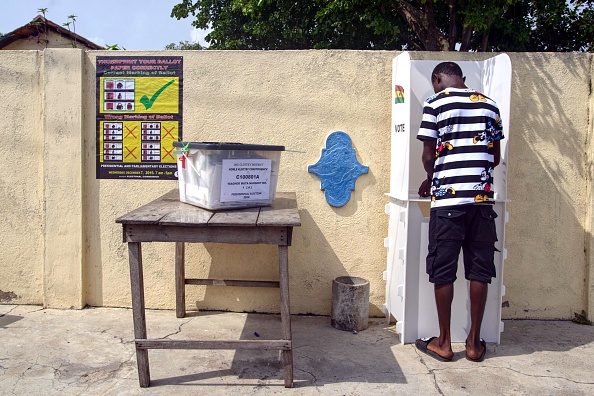 As Ghana’s Dec. 7 general elections approach, the majority of people have expressed confidence that voting will be held peacefully.

On Monday, more than 17 million eligible Ghanaians are expected to cast their ballots at 38,622 polling stations across the country to elect a president and 275 members of parliament.

John Osei Tutu Agyeman, a former broadcaster and media consultant, believes in the ability of the security services to ensure a peaceful atmosphere before, during and after the elections.

“We have had these same fears in the past, but the elections in 2012 and 2016 turned out to be peaceful and beautiful.

“And I believe the security services will rise to the occasion again to preserve the peace in the country,” Agyeman, also director of the Institute of Media Practice, a media think tank, told Xinhua.

Sharing similar views, Director of Kingdom Concept ConsultPrincess Sekyere-Bih said: “we have been assured by the Ghana police service that we would have a very peaceful election, and we hope for a peaceful outcome.”

“Not only have they deployed more trained men, but this time, they have more resources to ensure peace,” said she.

Although there were clashes between party supporters during the voter registration in June and July, the 2020 election campaign has been largely peaceful as the Coronavirus pandemic limited outdoor activities.

“This gives us a foretaste of what might happen.

“So it must inform about the strategies which the police will put in place for peace during the election,” Aremeyaw Shaibu, chairman of the Ghana-based Coalition of Domestic Election Observers, told Xinhua.

Shaibu urged the security services to be at their professional best to ensure a peaceful atmosphere during and after the polls.

Although some were apprehensive due to some isolated events, the larger Ghanaian society is hopeful of a peaceful outcome for the elections, according to recent findings by the Center for Democratic Development-Ghana (CDD-Ghana).

“Stakeholders are important,” said Rhoda Osei-Afful, an expert at CDD.

She added that the Electoral Commission (EC) “is at the helm of affairs as far as the election is concerned.

“How they engage the electorate, the political parties and their electoral officials is going to be critical in ensuring peace.

The expert also urged political parties to help their supporters channel their grievances into the EC through laid-down channels to minimise the incidents of unnecessary rancour.

The Ghana police service has identified 4,098 areas where chaos is likely to erupt ahead of the elections and provided reports to the National Election Security Taskforce to guide its tactical arrangements and deployments across 16 regions.

The 4,098 flashpoints include historical election-related hot spots and locations where other forms of violence and crime have occurred in history, said Yaw Nketia Yeboah, a spokesman for the Ghana police service.

Urging the citizenry to be law-abiding, the spokesman said: “Don’t go and teach people whom to vote for at the polling station.

“If you have any campaigning to do, do it in your houses, not at the polling stations.”

Political parties have shifted their campaign activities into top gear.

The two main candidates in the country’s presidential election committed to peaceful voting signing a peace pact on Friday on behalf of their respective political parties.