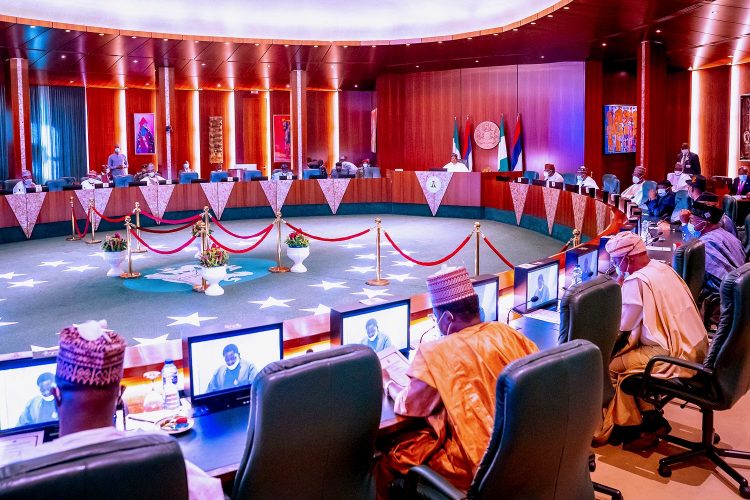 Buhari with the 36 state governors

Nigeria’s President, Muhammadu Buhari on Tuesday met behind ‘closed door; with governors of the 36 states of the federation in Abuja.

The meeting was said to have focused on security challenges in some parts of the country, especially Northeast.

Bashir Ahmad, Personal Assistant on New Media to Buhari disclosed this on his twitter handle.

He said the President would also address the National Assembly on the same issue on Thursday.

“President @MBuhari this afternoon, held a closed-door meeting with all the 36 state governors of the Federation, the meeting focused more on the security challenges in some parts of the country.

“The President will also address the National Assembly on the same issue on Thursday,” he tweeted.

Also, Lauretta Onochie, an aide to Buhari on social media, had said on  that the president would address a joint session of the National Assembly on Thursday.

The House of Representatives had recently invited Buhari over the  killing of 43 farmers in the Zabarmari community in Borno State.

The lawmakers took the decision last week Tuesday while adopting a motion of urgent national importance by Satomi Ahmed.

However, The Speaker of the House of Representatives, Femi Gbajabiamila, announced last Wednesday that the President had agreed to honour the invitation.

“We have agreed on a date and he will meet with the House to address the situation. We have a fixed date but we will communicate with you.

“He is a perfect democrat; he will come to the House to address members in the nearest future,” Gbajabiamila stated after meeting President Buhari at the Presidential Villa.