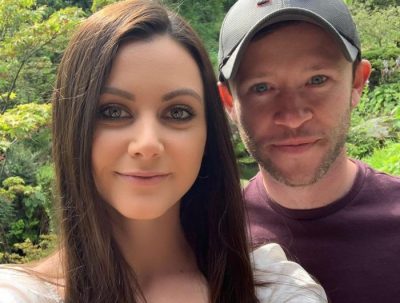 Murray broke the good news on his timeline, revealing that his baby was born on Saturday, January 20th 2020, and that both mother and son are doing okay.

Devon and his partner Shannon McCaffrey Quinn, have been together since late 2018. In July 2020, the couple announced they were expecting their first child together.

“Yesterday 2/1/21 my life changed forever. Shannon delivered our beautiful little boy ‘Cooper Michael Murray’ weighing 6lbs 10oz. Both are doing amazing now after a very long labour and a scary few minutes at the end. It still hasn’t sunk in just yet that we have our very own little boy. I can’t wait to make the most amazing memories with Shannon and Cooper as we begin our little family. I’m so amazed by Shannon and she is now my Hero. I’m so proud of her for everything she has gone through. I can’t wait to have you both home. It’s so hard having to leave you both. I will love you both forever until my last breathe ❤️🍼👶🏻” he disclosed on Instagram.

Born in County Kildare, Ireland on 28 October 1988, his parents Michael and Fidelma Murray sent him to the Billie Barry at age 6 and within two weeks he landed a Tesco television ad. He was in his first film, acting alongside Aidan Quinn in This Is My Father (1998) Within six months.

The new dad joined the National Performing Arts School and made his breakthrough role in Angela’s Ashes (1999). He also acted with Jane Seymour in Yesterday’s Children (2000).

In October 2020, an excited Devon who was grateful to be expecting a child, shared a scan of his son at 28 weeks and said:

My mind is blown. How have I helped create something so perfect with @smccaffreyquinn He’s a little camera shy…….for now ❤️ #3dbabyscan #daddytobe #28weekspregnant #perfect