Trump had mounted pressure on Pence and Republican lawmakers to overturn the election results, but Pence broke with Trump moments before Electoral College certification.

“Our Founders were deeply skeptical of concentrations of power and created a Republic based on separation of powers and checks and balances under the constitution of the United States.Vesting the VP with unilateral authority to decide presidential contests would be entirely antithetical to that design,” he said.

Pence added: “It is my considered judgment that my oath to support and defend the Constitution constrains me from claiming unilateral authority to determine which electoral votes should be counted and which should not.”

The vice president said while his role as presiding officer was largely ceremonial, the role of the Congress is much different, saying that he would ensure that any objections that were sponsored by both a representative and a senator were given proper consideration and that all facts supporting those objections were brought before the Congress and the American people. 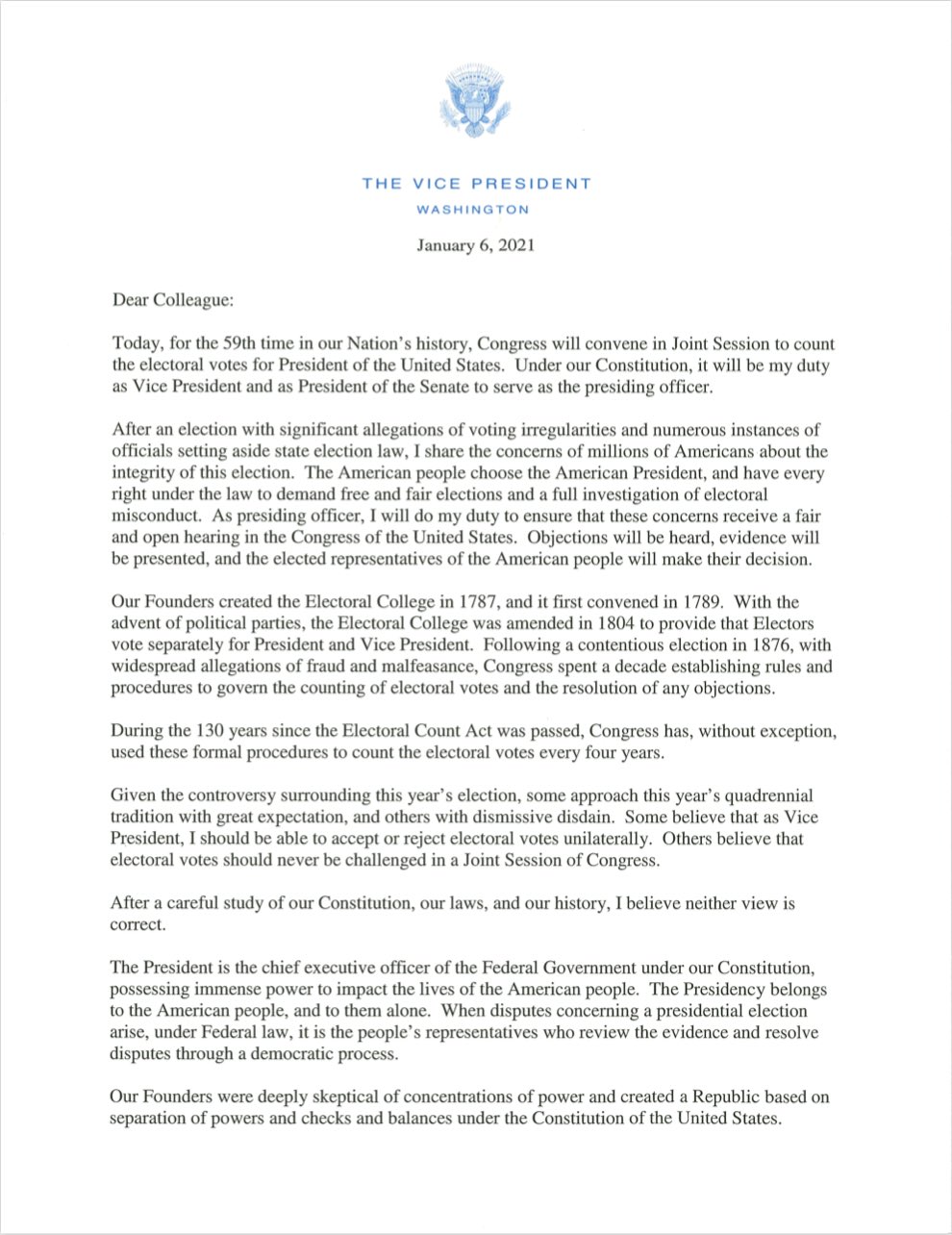 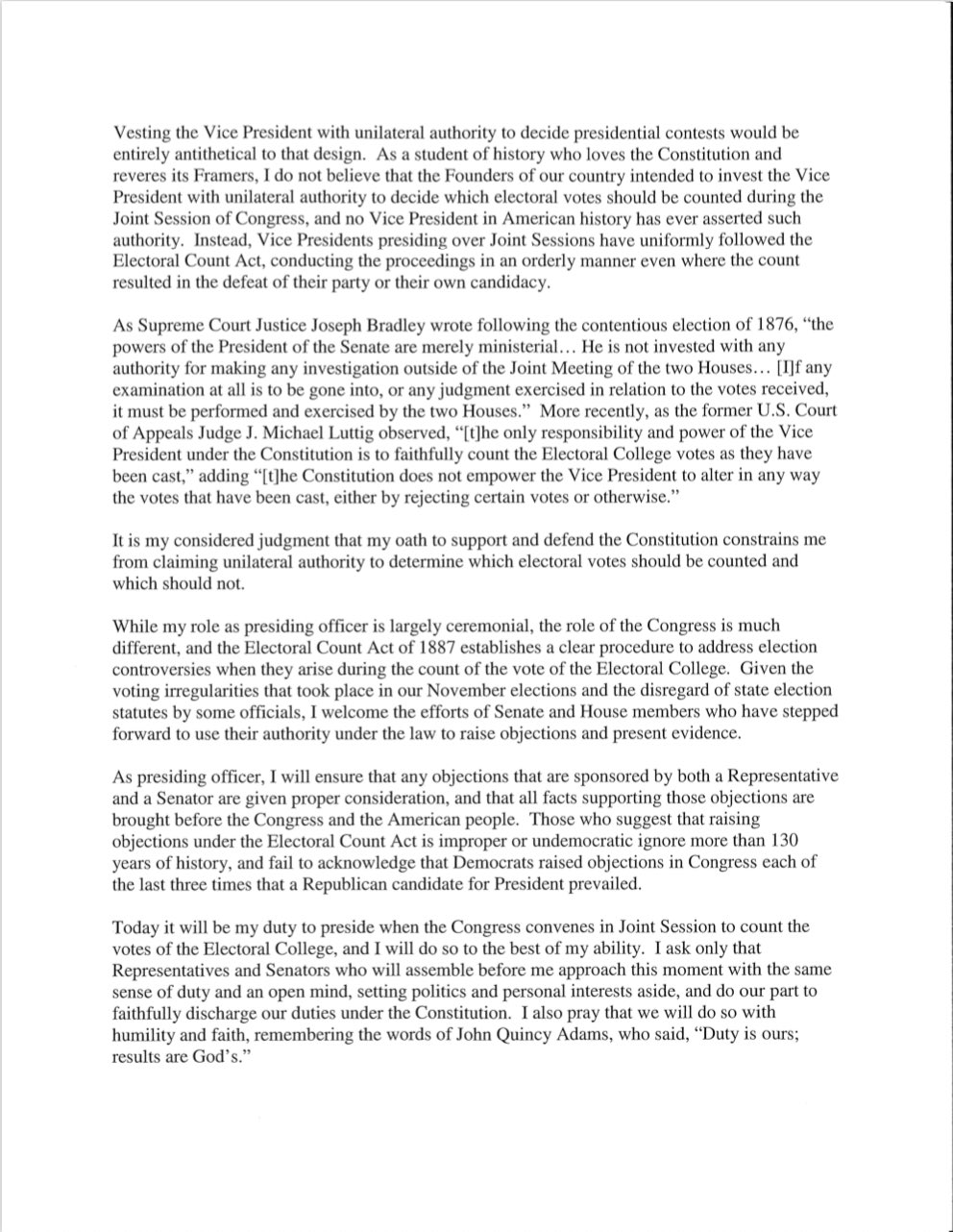