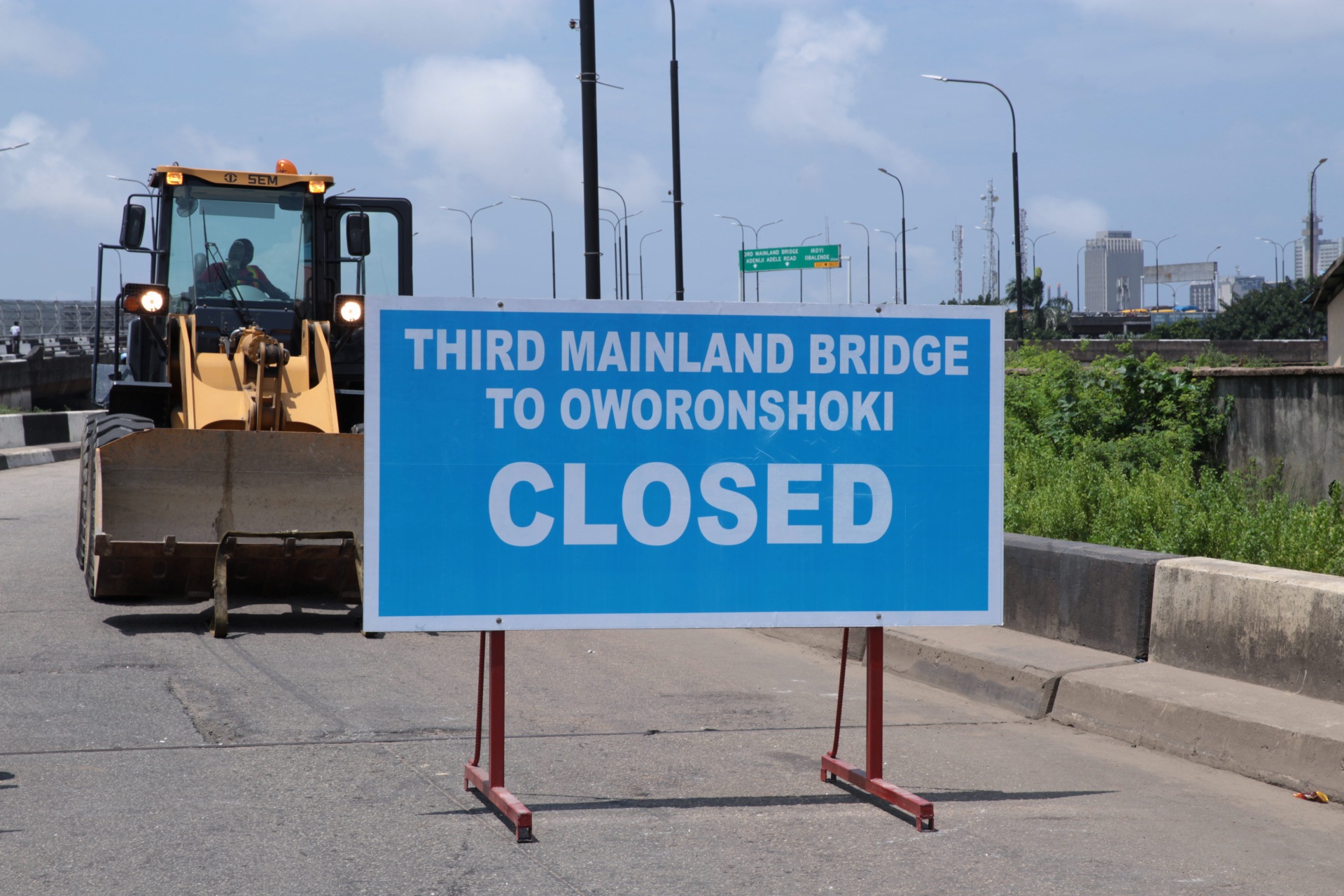 In order to accomplish the planned reopening of the 3rd Mainland Bridge on February 22nd, 2021 due to the on-going rehabilitation/maintenance works, the Lagos State Government hereby announce the shifting of the current diversion point on the bridge to a closer position for traffic coming from Iyana Oworosoki going to Adekunle or Lagos Island.

This adjustment is to allow the removal, replacement and casting of joint No. 23 in addition to the two other joints (16 and 17) that are presently being worked on by the Federal Ministry of Works contractor.

In accordance with this statement, motorists and commuters that ply this corridor are to take note of the following traffic adjustments:-

1. There shall be no vehicular access from Iyana Oworosoki to Adekunle axis on the slip road/ramp down on the 3rd Mainland Bridge for the two weeks period (midnight 15th to midnight 29th January 2021) temporary change restrictions. All traffic from Ogudu, Alapere and Gbagada going to Adekunle axis should use Ikorodu Road, Jibowu and Yaba as alternative routes.

2. There shall be no access for vehicular movements from the Adekunle axis towards Iyana Oworosoki on 3rd Mainland Bridge between 12 midnight and 1pm (15th to 29th January 2021). All Iyana Oworosoki bound traffic from Lagos Island, Iddo, Oyingbo, Adekunle, and Yaba should use Herbert Macaulay Way, Jibowu and Ikorodu as alternative routes.

3. The current crossover position on the bridge for Adekunle or Lagos Island-bound traffic from Iyana Oworosoki between 12 midnight and 12 noon will now be at a new closer position for 2 weeks.

4. The current shared movement of 12 midnight to 12 noon for Lagos Island traffic bound from Iyana Oworosoki shall remain.

6. The Lagos State Traffic Management Authority (LASTMA) shall continue to ensure the vigorous management of traffic control and enforcement on the 3rd Mainland Bridge and all identified alternative routes in order to ensure an endurable and acceptable traffic movement experience for motorists during these trying periods.

All other previous traffic flow advisory measures announced by the Lagos State Government for the partial closure of the 3rd Mainland Bridge remain the same.

While assuring that the bridge will be opened to traffic flow as soon as possible, the Lagos State Government through this statement appeals to road users along the corridor to drive patiently and follow the traffic advice as any inconvenience this may cause will be temporary.