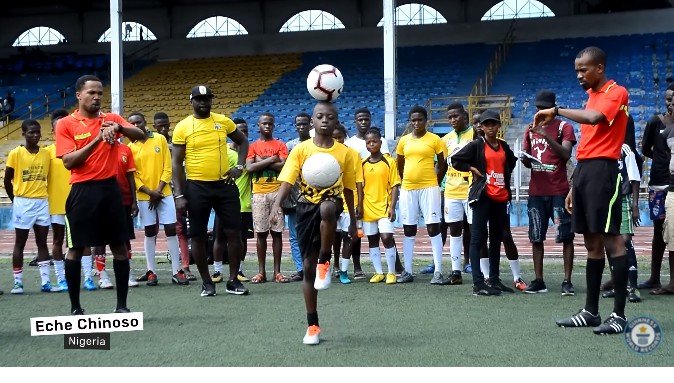 By Seun Sanni/Reuters via NAN

Warri-based 12-year-old football prodigy, Chinonso Eche said he plans to take his skills global when he grows up.

Eche since then has become an online sensation, with videos of his tricks attracting thousands of viewers.

“Nobody taught me but my father made an impact in my life by showing me some videos… and I picked it up from there.”

Chinonso managed 111 football touches in 60 seconds while a second ball balanced on his head, earning him a place in the 2021 edition of the Guinness World Records, the first time it is included in the annual reference book.

The boy, now backed by a management company, hopes his talents will turn into an international career.

“My dream is to become a footballer and international freestyler, and travel all over the world,” he said.

Chinonso’s next target is 2,000 consecutive touches, while balancing a ball on his head.