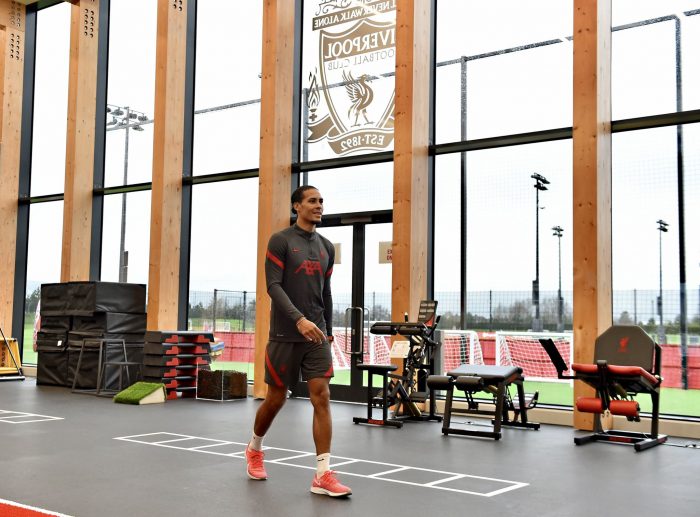 Liverpool manager Jurgen Klopp has described Virgil van Dijk’s rehabilitation as ‘promising’, without giving a timeframe on the defender’s return as he continues his recovery from a knee injury.

The center-back has not featured for the Reds since rupturing his anterior cruciate ligament (ACL) following a challenge from Jordan Pickford in October’s Merseyside derby.

Although Van Dijk was expected to miss the majority of the season, he has excited fans by sharing a video of himself juggling a football on his various social media accounts.

Liverpool have never given a timeframe for the Dutchman’s return, and although Klopp was reluctant to suggest that he could make a comeback before the season was out, he was positive about his progress.

“I don’t know what is possible and what is not possible; I don’t think I’m the right person to judge that 100 percent,” Klopp told liverpoolfc.com.

“He looks really good. I spoke to him this morning, I had him on the phone – he is in a really good mood. So it’s all very promising. But I don’t know when he will be back.

“There are for sure a lot of stages still to go over or pass or whatever. That’s clear. I had this injury myself. But for the time we are in and for how long he is out now, how long the rehabilitation is going on, he looks really, really promising.