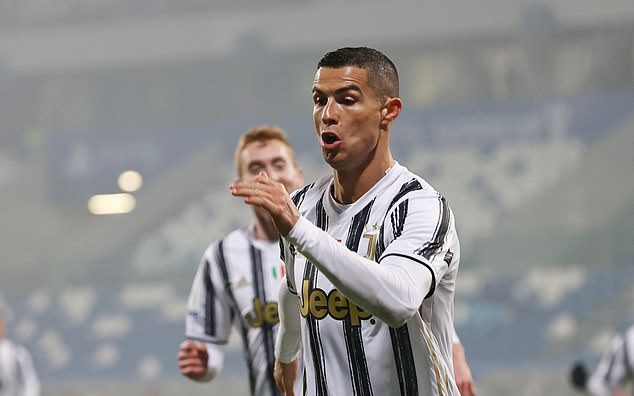 Cristiano Ronaldo will need to score 62 goals more to become the world’s all time goal scorer.

Ronaldo scored his 760th career goal on Wednesday in Juventus’ 2-0 win over Napoli in the Italian Super Cup.

The football world rejoiced with Ronaldo for breaking Josef Bican’s all-time goalscoring record of 759 goals for club and country.

But today, the Czech football federation moved the goal post and said Bican scored 821 official goals and not 759.

In a statement, the Czech FA said:

“The History and Statistics committee of the Czech FA counted all the goals scored by the legendary Josef Bican and we can declare he scored 821 goals in official matches,” a tweet by the Czech football federation’s said.

“Goals from matches in the first and second leagues, national cups, the Central European Cup and national team selections are included.

“On the contrary, friendly matches are not included in the statistics, with the exception of the national team”.