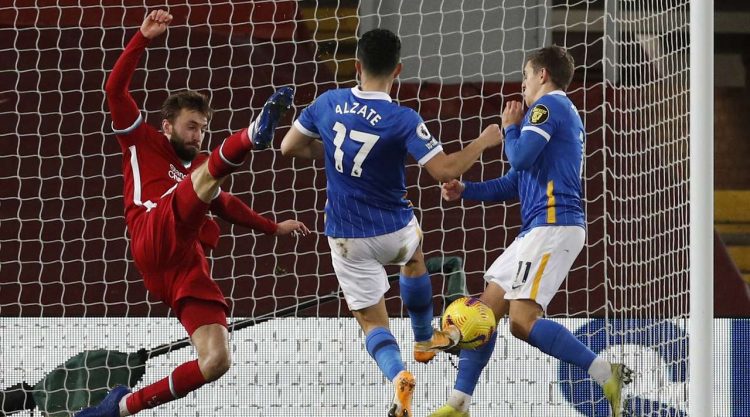 Liverpool’s bid to retain the premier league suffered another setback on Wednesday as lowly Brighton stunned the defending champions at Anfield.

Liverpool would have moved third on the table if they have won the match, but it turned out to be a shocker.

The visitor ran away with 1-0 victory and claimed all three points.

Steven Alzate was Brighton’s hero as he was connected with a pass inside the box and slammed home inside the right post. The goalkeeper was helpless.

Liverpool rallied after going behind but Albion defended magnificently as a team and Rob Sanchez collected a fourth successive clean sheet.

His opposite number Caoimhin Kelleher was called upon far more often than the Spaniard, who didn’t have a save of note to make.

It was far from a backs-to-the-wall performance by Albion, who beat Liverpool for the first time since the Terry Connor-inspired FA Cup triumph at the Goldstone 37 years ago.

They passed the ball crisply, used space well and this victory, which lifted them above Newcastle and Burnley into 15th, will do wonders for confidence.