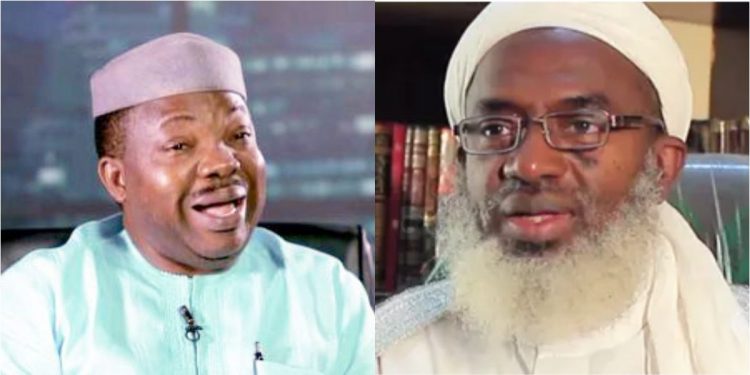 The Yoruba socio-cultural organisation, Afenifere has rubbished comment by Islamic cleric, Sheikh Ahmad Gumi that the government should negotiate with and compensate bandits.

Afenifere said such demand for compensation for bandits is criminal and that the government should never do such a thing.

Odumakin lamented that these bandits had unleashed terror on Nigerians, saying that they are criminals that should be prosecuted.

According to Odumakin, ‘’Ahmad Gumi’s call for compensation for the bandits in the North, is a call from supporter of bandits, these are bandits unleashing terror on Nigeria, they are criminals that should be prosecuted.”

He wondered why somebody should say budget should be allocated to bandits, wondering also where the money would come from.

‘’Why should somebody say budget should be allocated to them? Where will the money come from? The money with the Federal Government are allocations meant for the state. Is he now saying the states resources should be shared among the bandits? If they want money for them, they should go and source the money from Sambisa forest,” he said.

Odumakin also said it was illogical to compare bandits with insurgents in the South South, saying that what the people in that region were agitating for was development of the area.

“It is illogical to compare the bandits with the insurgents in the South South What the people of South South agitated for was development of their area, because much money was realised through oil exploration in their area and their communities were not developed, what are the bandits agitating for? it is criminal to say money should be allocated to them,” he stated.