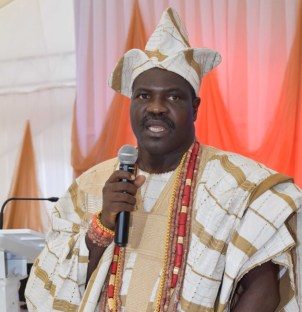 Oba Francis Alao, who is also the Olugbon of Orile Igbon, has told herdsmen that section of the constitution that permits Nigerians to live anywhere was not a license to break the law.

Oba Alao, who is the Deputy Chairman of the Oyo State Council of Obas, said the herdsmen in the state must obey the anti-open grazing law put in place to regulate animal husbandry in the state.

The monarch added that no government would fold its arms and watch people violate the law.

He stated that the government would not allow anybody to violate its anti-open grazing law.

According to him, the state put the anti-open grazing law in place to end the crisis between herdsmen and farmers and the monarch warned that the law would be enforced strictly.

He added that any violator would be dealt with irrespective of their ethnic background or religious beliefs.

The Olugbon said, “What I will tell them ( herdsmen) is that in as much as the law permits every Nigerian to live wherever those choose to live within Nigeria, that does not give them the room to be lawless.

“The anti-open grazing law has been passed and if anybody violates the law, the law enforcement agents will catch up with such a person. Such will be dealt with in accordance with the law.

“The Fulani leaders in Oyo State communicated with us the outcome of the meeting they had with the commissioner of police. They are monitoring their people. The state government, the Oyo State Police Command and traditional rulers are working together to there is peace in every part of the state.

“Whoever violates the law, the law enforcement agents will catch him or her and will face the consequence.”

The Olugbon, who led monarchs, state government delegation and the police to the January 24 peace meeting held in Igangan, Ibarapa North Local Government Area of the state to restore peace in the place, said the government and security agencies were working to ensure that the area is peaceful at all times.

He said, “The governor went to Ibarapa and I believe he saw things himself and the people must have told him the problems, the situation will return back to normal in the area and in every part of the state.”