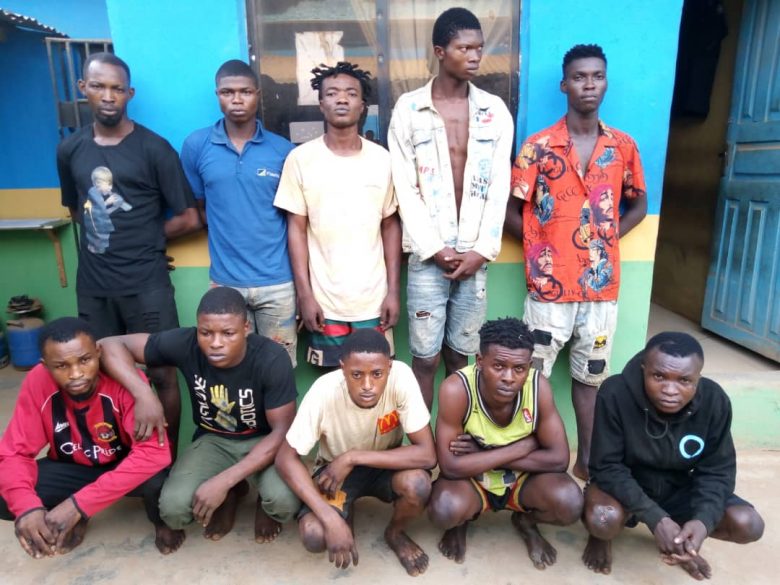 Ten suspected cultists allegedly involved in using dangerous weapons to dispossess members of public their belongings in Ogijo area of Ogun town have been arrested by the State Police Command.

According to the Police, they were arrested following a complaint lodged at Ogijo divisional headquarters by one Olaojo Emmanuel on 4th of February 2021 that he and his wife were attacked by a group of men at about 9:30pm on 4 February during which he was dispossessed of his Iphone 7 plus valued N130, 000 at gun point.

Emmanuel had also informed the police that he saw the people who robbed him at Ita Oluwo area of Ogijo.

On the strength of his report, the DPO Ogijo division CSP Muhammed S. Baba mobilized his men and moved to the scene where 10 of the hoodlums were apprehended.

The Police Command added that the complainant and other victims of the atrocities of the suspects have come forward to identify them as those who robbed them at different times.

Meanwhile, the commissioner of police, CP Edward Awolowo Ajogun has ordered the immediate transfer of the suspects to state criminal investigation and intelligence department for discreet investigation and diligent prosecution.