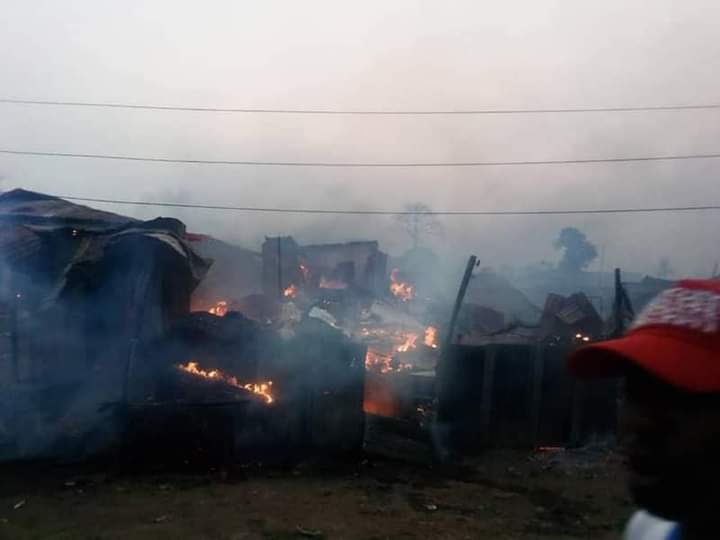 The Inspector-General of Police, IGP M.A Adamu, has ordered the deployment of Police Intervention and Stabilization Forces to Oyo after the recent crisis in the state.

This was confirmed by the Force Public Relations Officer, CP Frank Mba.

According to him, the deployment includes four Units of the Police Mobile Force (PMF), operatives from the Force Intelligence Bureau and an operational/surveillance Police helicopter from the Police Air-wing department.

The deployed units are charged with reinforcing and stabilizing security in the State, preventing further breakdown of law and order, protecting lives and properties and ultimately enhancing public safety in the state.

DIG David Folawiyo, who is in charge of the South-West, is to coordinate the operation and rally all relevant stakeholders to achieve the squad mandate.

Killings and civil disturbance has been the order in Ibadan, Oyo State after reports of inter-ethnic violence around the Ojoo axis of the state capital.

The violence reportedly began on Thursday when a cart pusher stabbed a cobbler with a knife, following a misunderstanding between the two.

A fight broke out between cart pushers and cobblers after the victim was confirmed dead in a hospital on Friday morning, as the cobblers vowed to avenge the death of their colleague.

Shops and houses were burnt in the ensuing disturbance which degenerated into an inter-ethnic clash with reports of hoodlums attacking themselves along ethnic lines.

Not lesser than three have been killed since the crisis began.