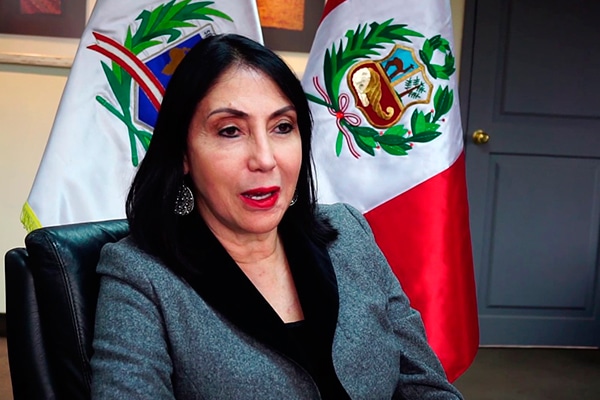 Elizabeth Astete, Peru’s foreign minister has stepped down over a public backlash to politicians getting coronavirus jabs early.

Astete said the reactions to the revelation that former president Martin Vizcarra and his wife were vaccinated showed she had made a serious mistake.

The foreign minister in Peru’s transitional government, had a first dose of Chinese-produced Sinopharm on Jan. 22, she said Sunday.

She said it was offered to her after she came into contact with several people who tested positive for the new coronavirus.

Astete said the reactions to the revelation that former president Martin Vizcarra and his wife were vaccinated showed her she had made a serious mistake.

The 68-year-old said she then decided not to get the second dose.

In the last few days it emerged that Vizcarra, who was removed from his post last year over bribery accusations, and his wife had been vaccinated against the virus in October.

He admitted they were voluntary participants in a clinical study using the Sinopharm vaccine, which the responsible university in Lima denied.

Since then, other Peruvian politicians have been under pressure to disclose whether they have already been vaccinated.

In the first phase, health personnel, security forces and interim president Francisco Sagasti are among those to get the jab – but not other government staff.

Those aged 60 and over are to be inoculated in the second phase.

The country of some 30 million people has so far recorded around 43,700 deaths related to COVID-19 – one of the highest per capita death rates