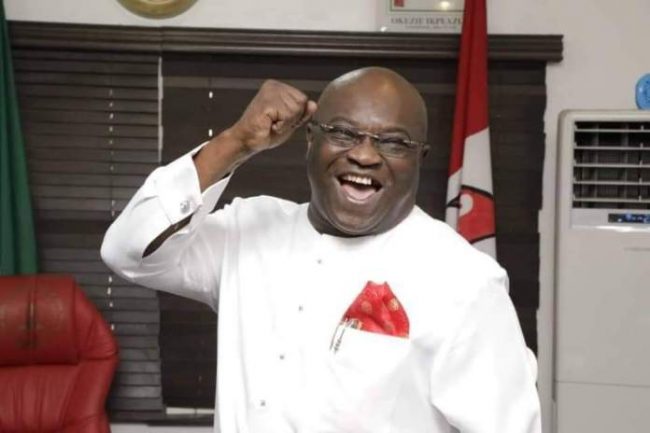 Gov. Okezie Ikpeazu has congratulated the players and management of Enyimba International Football Club of Aba on their qualification for the group stages of the 2020/21 CAF Confederations Cup.

The message is contained in a statement signed by Ikpeazu’s Chief Press Secretary Onyebuchi Ememanka and made available to newsmen in Aba on Monday.

The release stated that the governor expressed his delight at the victory especially with the dedication and tenacity shown by the Enyimba players.

“Governor Ikpeazu urges the team to see the victory as the needed tonic to prepare even harder for the group stages of the highly competitive continental tournament.

“He charged them to go all out and bring the CAF Confederations Cup home to Aba.

“The governor restates the commitment of his administration to continue to provide support to the club in particular and all the other clubs under the sponsorship of the State Government.”

The governor said sports remained a key factor that not only provided entertainment and relaxation to people but had become a powerful tool for economic advancement.

Ikpeazu said that the only way the Enyimba FC and its management could repay the huge investments of Abia government and people in the club was to work harder and bring the cup to Abia.