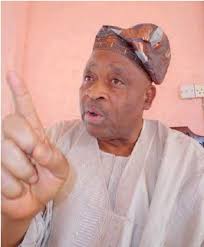 Alhaji Suleiman Ajadi, a former Senator representing Kwara South senatorial district, has advised leaders of herdsmen across the country to fish out the bad elements amongst them for peace to reign in the country.

Ajadi gave this advice on Wednesday during an interview with the News Agency of Nigeria (NAN) in Ilorin.

According to him, the herdsmen have been living with other tribes in various parts of Nigeria without any problem like kidnapping, rape, the encroachment of farmlands and possession of AK47 rifles, among other negative acts.

The ex-senator however attributed the negative acts being perpetrated by some herdsmen in some parts of the country to external influence.

“The herdsmen that l know and interacted with them from my childhood cannot engage in any criminal act or destroy farms, carrying AK47, why now that herdsmen will become agents of destruction,” he said.

“The implication is that some herdsmen from other countries who have criminal acts with sophisticated weapons have been accommodated among them,” he added.

Thereafter, he called on leaders of herdsmen in the country to re-examine themselves and flush out the bad elements amongst them to redeem their image.