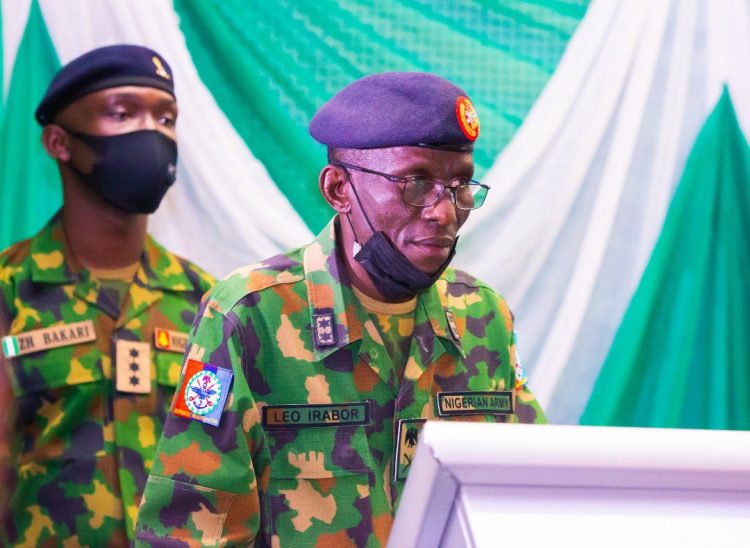 The Chief of Defence Staff, Gen. Lucky Irabor, has assured that the newly promoted Service Chiefs would ensure that Nigerians no longer lives in fear.

Irabor gave the assurance when he fielded questions from State House correspondents after the service chiefs were decorated with their new ranks, at the Presidential Villa, Abuja, on Friday.

He also pledged that the service chiefs in collaboration with other security agencies would soon restore normalcy to all troubled areas across the country.

He said: “Nigerians expect us to bring about peace and security in concert with other security agencies, that we will do.

“We can’t live in fear. And we will ensure that whatever brings fear to Nigerians before now will be a thing of the past.

“Peace and security is not just the security of the borders alone. It comes with having to build bridges across various divides.

According to the CDS, what the new service chiefs will not do is to give instructions to their subordinates and not do the same.

“What we will not do is to give instructions to our subordinates and not do the same.

On whether the new service chiefs will consider a change of strategies in the fight against insurgency, banditry and violent crimes in the country, Irabor said they would review the current strategies with a view to meeting the demands of current security challenges.

“Strategies are not sacrosanct. Of course, there are dynamics that we need to begin to look at, what needs to be reviewed, and that is precisely what we are doing currently.

“We review various strategies and of course come up with new ones to be able to meet the demands of the current realities,’’ he added.

He noted that the president had given them a marching order to restore peace to all troubled areas in the country, saying they would work assiduously to achieve that.

On what Nigerians should expect from the newly promoted CDS and the service chiefs in the next 100 days, Irabor said:

“No doubt, the next 100 days is not as important as today. I believe that as members of the Armed Forces working in concert with the rest of the security agencies, we will bring Mr President’s expectations to bear in terms of our task.

“But let me also let you know that the inevitable is that Nigerians will indeed experience peace and security across the land.’’

Irabor thanked the president for giving them the opportunity to serve the nation. He enjoined all citizens to partner with the security agencies in ensuring the peace and progress of the nation.