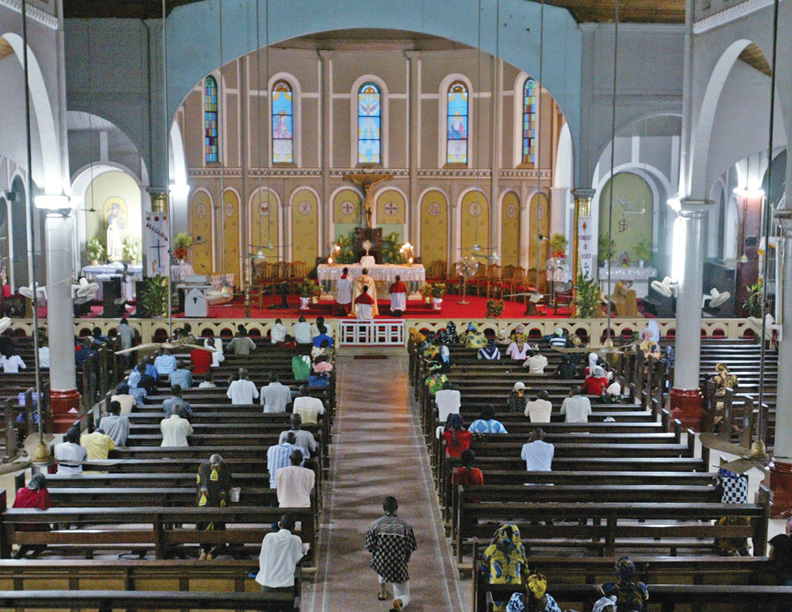 Mbamara, Associate Parish Priest of St. Andrews Catholic Church in Lusada, near Lagos, said this in a sermon to mark the third Sunday of lent in the Catholic Church calendar.

He said that Christians should only be angry at evil acts with a view to promoting a better society rather than hurt others with anger expressed through violence and offensive words.

According to him, although the Bible recorded that Jesus Christ was angry when God’s temple was being desecrated by traders and money changers, the anger was constructive as it sought to redress a wrong.

“Such anger was without any violence or hurtful words,” he said.

The cleric said that expression of such anger would not constitute a sin, warning that anger resulting in violence, use of abusive words and injuries would be unrighteousness.

The lenten season is the 40-day period preceding Easter.

Christians use the period for sober reflection on the sufferings of Jesus Christ for their salvation.

The Lenten season is characterised by fasting, prayers and alms giving by Christians.

Mbamara said that Christians should show love, tolerance and forbearance not only during the Lenten season but at all times.

He added that christians should be meek, gentle and pious.