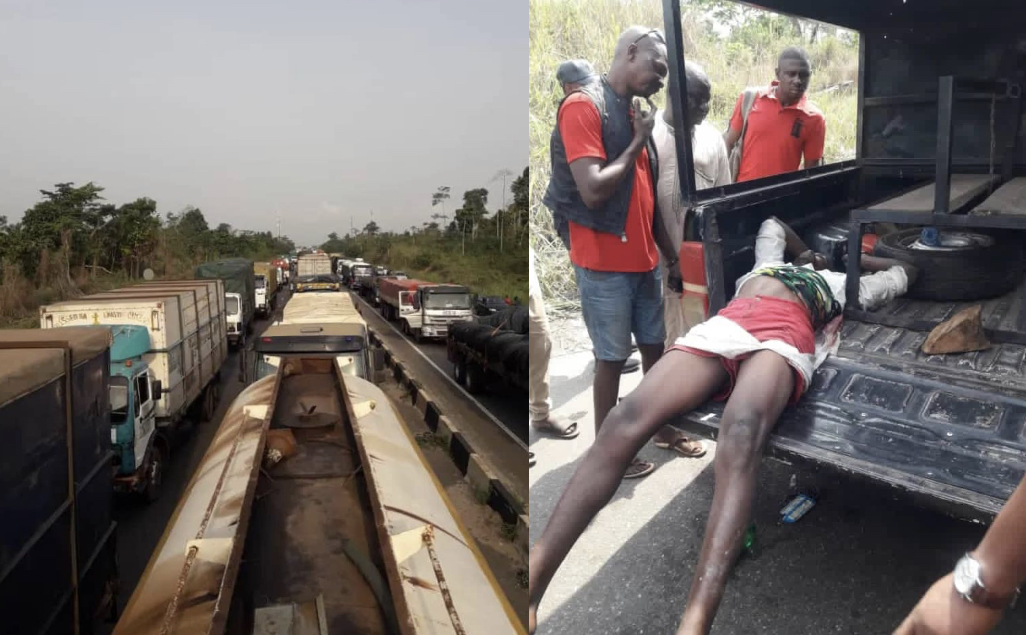 Drivers of petroleum tankers and other articulated heavy vehicles have blocked the Benin-Ore highway, at Ofosu, over the killing of two drivers by suspected Fulani herdsmen Tuesday night.

Ofosu is the boundary community between Edo and Ondo states.

The hoodlums were said to have also made away with an undisclosed amount of money stolen from their victims.

The angry drivers who blocked the ever-busy highway at the military checkpoint, refused all plea made to them by other motorists, to vacate the road.

Sources also have it that operatives at the military checkpoint have abandoned their posts, due to the chaotic atmosphere.

It was gathered that the angry drivers are insisting that Governor Godwin Obaseki of Edo State must come to address them before they will open up the road for use.