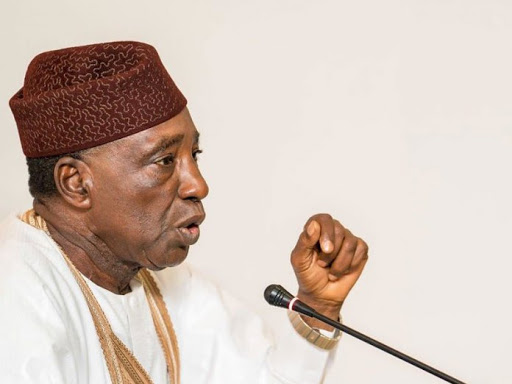 The Minister of Agriculture and Rural Development, Muhammed Sabo Nanono, has lamented how poor funding, reduced manpower and inconsistent policies on the part of the government, have affected food production and also exposed the country to the danger of unemployment.

He stated this on Thursday in Benin, Edo State, at the closing ceremony of a four-day training organised for 30 agricultural extension agents, ahead of the 2021 farming season.

Nanono who was represented by the State Director of Agriculture, Wellington Omoragbon, said the training became necessary in other to expose and equip the agents with best global agricultural practices.

He added that the training would build the capacity of youth and existing practitioners in agricultural extension delivery system.

According to him, “This training is the first in series of batches that will empower you with knowledge that will enhance service delivery to farmers, both in terms of production practices and equipment for technical support.

“Over the year, the fortunes of the agricultural extension system has declined, majorly due to decreased funding, policy changes, reduced manpower and lack of interest in agricultural entrepreneurship.

“This situation has affected food production exposing the country to danger of unemployment, youth restiveness and economic instability.

“So this training is one of several strategies planned by the ministry to halt the drift in the agricultural extension system with the aim of pursuing the revitalisation agenda of the economic by the federal government,” he said.

The Minister noted that it is the desire of President Muhammadu Buhari, to see that our agricultural extension delivery system meets global competitiveness, with a view to ensuring adequate food for the population and some to argument foreign earnings.

Also speaking, the Permanent Secretary, Mr. Ernest Umakhihe, who was represented by the Deputy Director, Extension Service, Mr. Adekunle Okunlaya, urged the participants to take advantage of training to improve the agricultural sector.

Umakhihe noted that the training was being held in all the 36 states and the federal capital territory.

“The drive by the present administration to revitalise agricultural extension services is to help farmers and value chain actors improve the livelihoods of rural populations,” he added.

“Even though this training is going on in the 36 states of the federation, including the FCT, Edo is unique, because we have been given inputs to support the training.

“The Edo state ADP work plan for 2021 is to boost food production by 30 percent. And we would need your services to achieve the target,” he said.