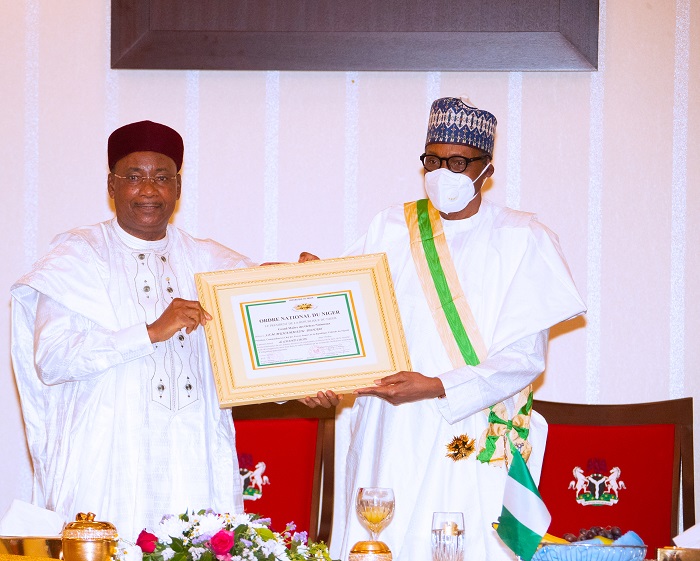 President Muhammadu Buhari on Tuesday in Abuja, congratulated the outgoing President of Niger Republic, Mahamadou Issoufou, for the successful completion of his second tenure.

Buhari also congratulated Issoufou for winning the prestigious 2020 Mo Ibrahim prize for Achievement in African Leadership, while describing him as a worthy African leader.

President Buhari, who was awarded the highest national award of Niger Republic, Grand Croix Des Ordre National Du Niger, by President Issoufou, felicitated with the outgoing leader for upholding the tenets of democracy, improving the economy of his country and consolidating the good relations that existed between both countries.

“Mr. President, let me start by congratulating you on the successful completion of your second term as President of our sister country, the Republic of Niger. I also congratulate the good people of Niger for the successful conduct of a free, fair and credible election.

“The achievements during your tenure as President have been widely acclaimed including through your recent award of the Mo Ibrahim Prize. You have earned the respect and affection of your people at home and your brethren across the border in Nigeria,” he said.

President Buhari said his first visit after swearing-in in 2015 was to Niger Republic, noting that the choice of a neighbouring country underscored the value and quality of relations between both countries.

“Nigeria-Niger relations are based on a long common border and shared cultural and historical roots. Relations between the two countries have, over the years, been very cordial and fraternal. There is a spirit of good neighbourliness between us.

“Nigeria’s borders with Niger have always been largely peaceful. There have been no serious border conflicts between the two countries.

“Each country has based its diplomatic relations upon non-interference in the internal affairs of the other. It is therefore gratifying to state that Niger has remained one of the most trusted and reliable neighbours of Nigeria,’’ Buhari added.

He said the cultural similarity between both countries, which include common languages such as Hausa, Kanuri and Fulfude and a common border of one thousand five hundred (1500) kilometres, further strengthened good relations, adding that Nigeria and Niger “refused to be divided and alienated by the artificial borders imposed by the former colonial powers.’’

He said the emergence of President Issoufou in 2011 marked a watershed in the relationship between the two countries as the frontier of cooperation expanded and mutual trust further strengthened, while congratulating the President-elect, Mohamed Bazoum, for winning the elections.

Buhari urged the President-elect of Niger to build on the achievements of his predecessor in office.

“Many landmark projects were initiated and successfully executed, among which was the successful border re-demarcation exercise without any incident. The socio-economic partnership resulted in the ground-breaking ceremony of a railway project from the North West of Nigeria to Maradi in Niger, which is in furtherance of regional and continental integration, joint venture and inter-state trade.

“The military cooperation that has availed the Nigerian Intelligence community information on the activities of terrorists is additional evidence of this solidarity. It was against this backdrop that Niger agreed to become part of the multinational effort to tackle insurgents’ activities across the borders of Nigeria, Niger, Cameroon and Chad Republics.

“As you know, this culminated in the establishment of the Multi-National Joint Task Force under the auspices of the Lake Chad Basin Commission, with Sector 4 based in Diffa, Republic of Niger,’’ he said.

He also said some of Nigeria’s prestigious military institutions like Armed Forces Command and Staff College, Jaji and National War College, Abuja, and the Police Academy in Gwoza and Kano have provided training for the security officers of the neighbouring country.

In his remarks, President Issoufou thanked President Buhari and all Nigerians for the support he received as leader of his country for ten years, particularly during his time as Chairman of ECOWAS, describing Nigeria as a “second home’’.

The Nigerien President said the highest national award of his country was bestowed on President Buhari because of his “fraternity, vigour, patriotism and determination to move Africa forward, starting from the West Coast.’’

The Minister of Foreign Affairs, Geoffrey Onyeama, said the Nigerien President distinguished himself in leadership at both national and regional levels, leaving a legacy of avoiding the trap of altering the constitution to prolong his stay in office.

Onyeama said the Mo Ibrahim award was most deserved. 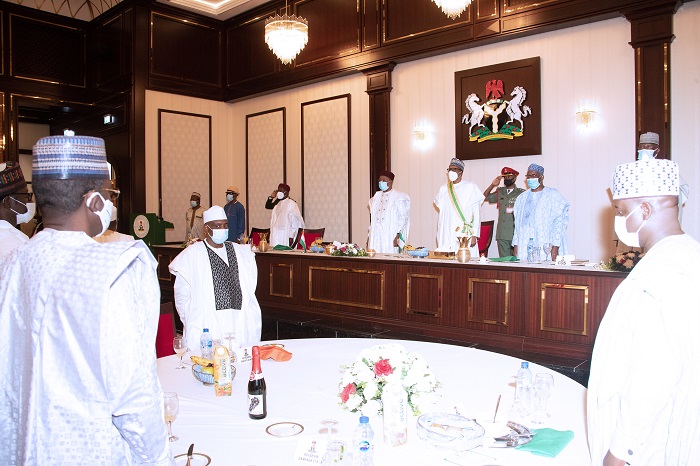 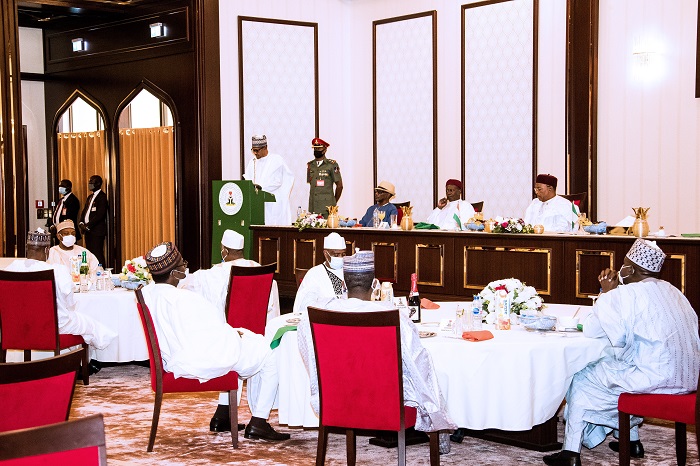 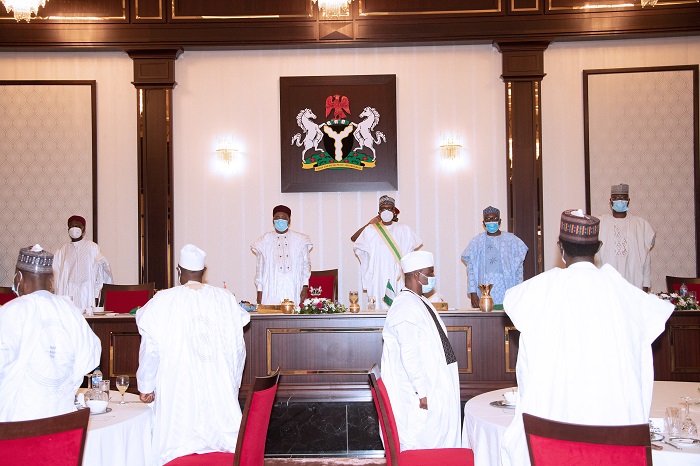 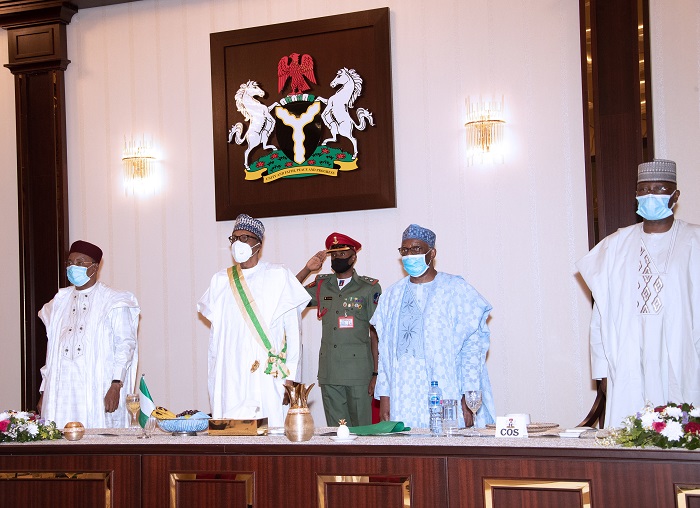 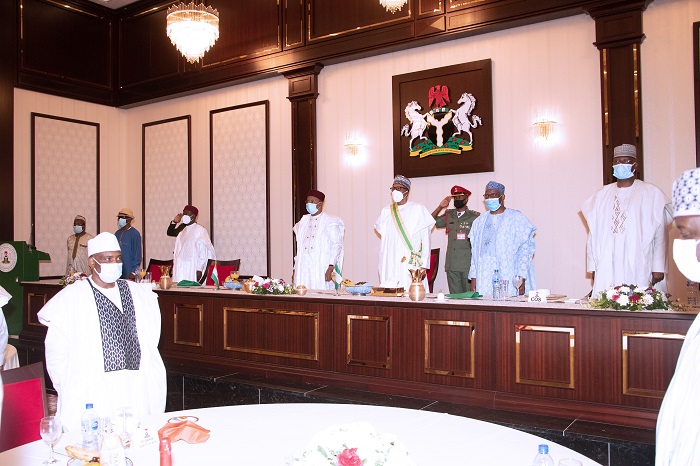 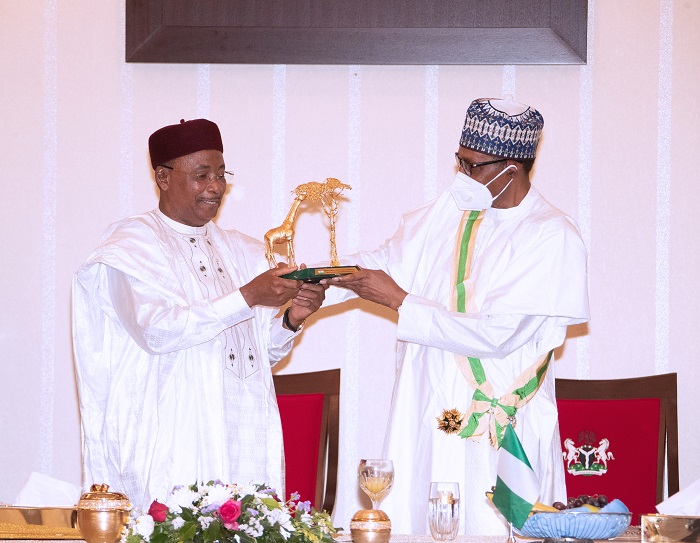 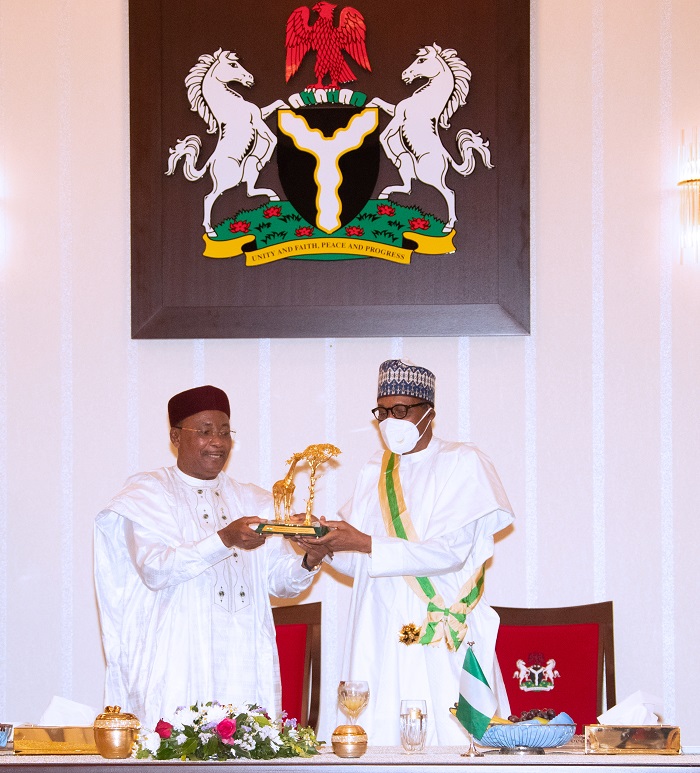 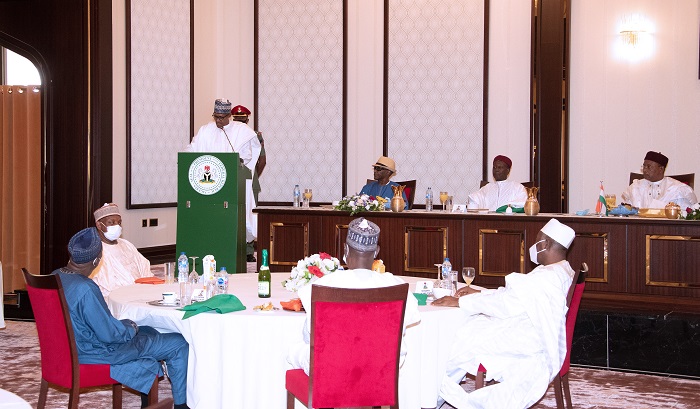 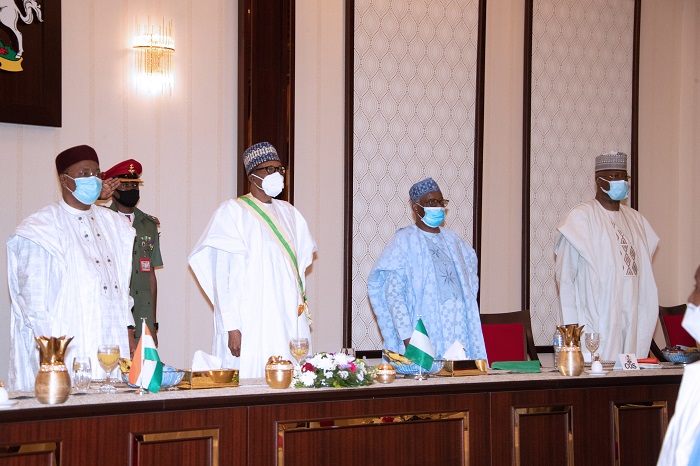 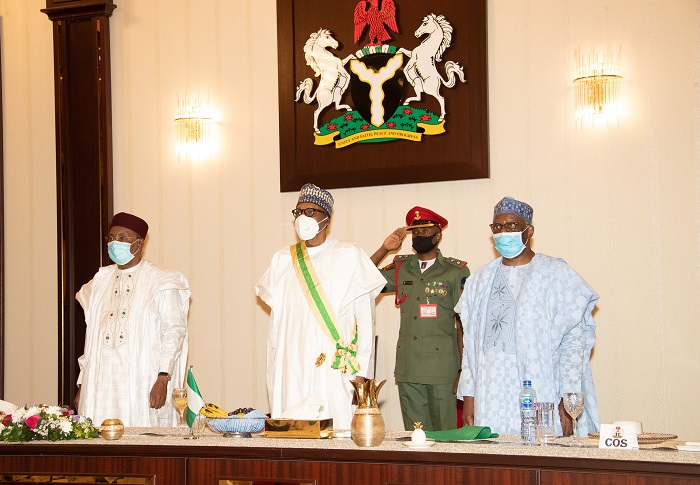 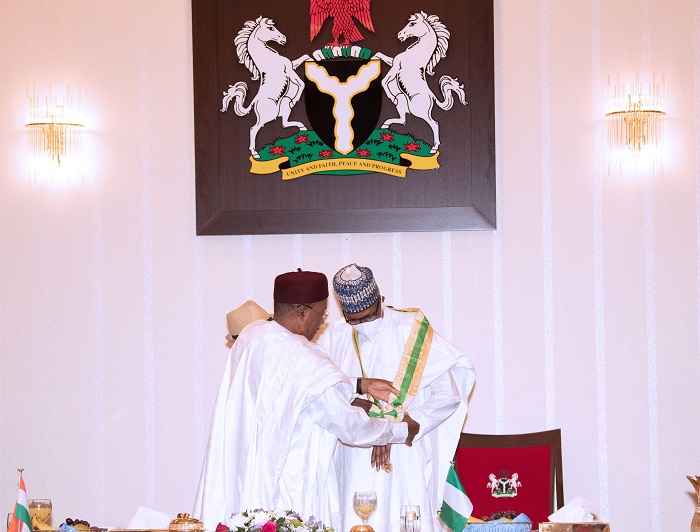 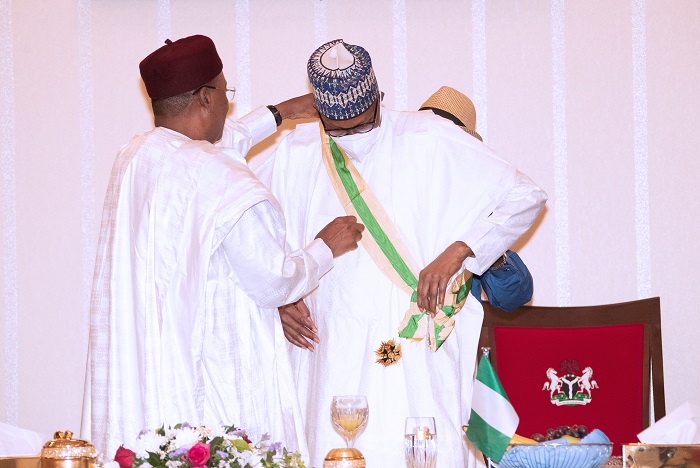 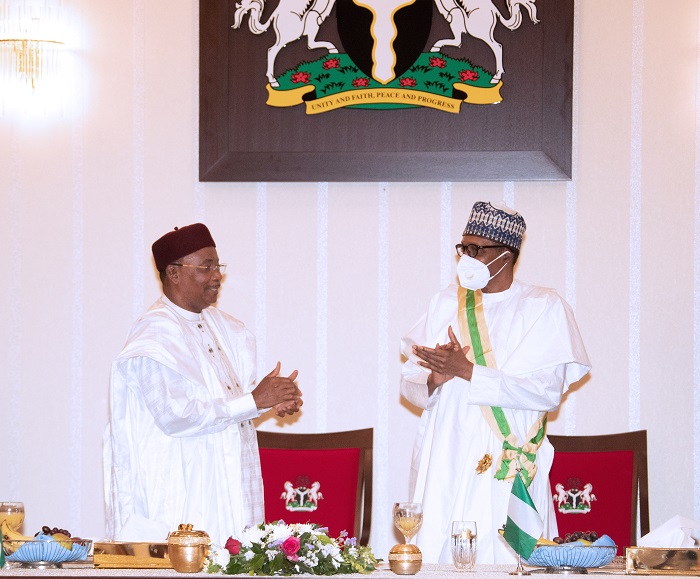 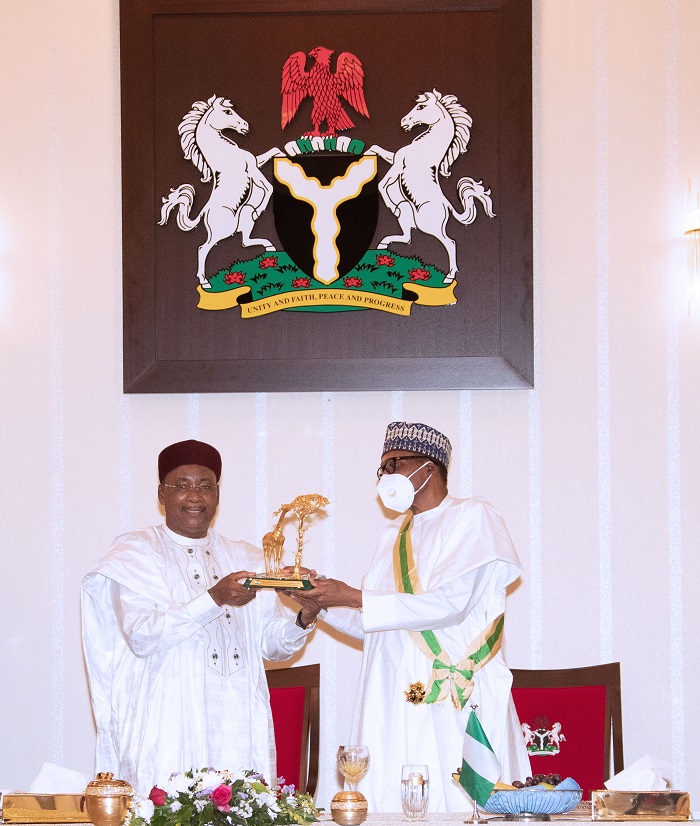 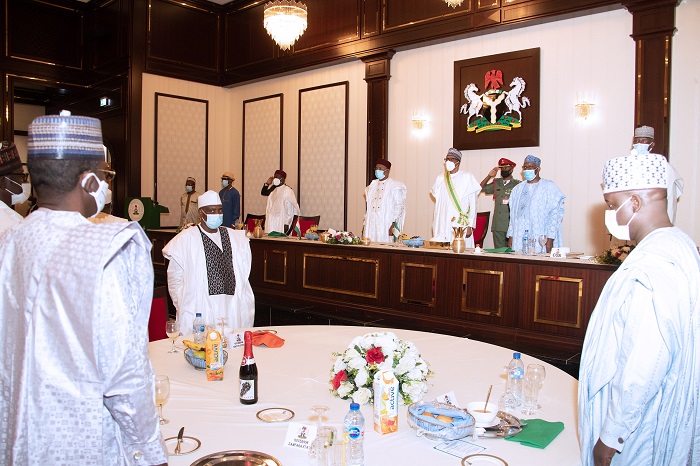