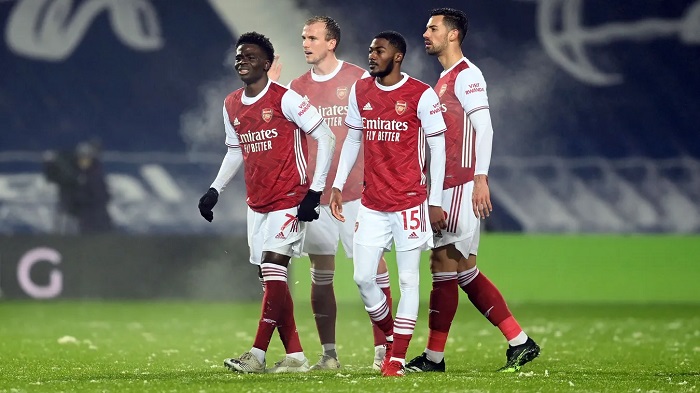 Arsenal will face Slavia Prague in the quarter finals of the Europa League, according to the draw announced today.

Ajax have been drawn against Roma, while Dinamo Zagreb play Villarreal.

In the semi-finals, the winner of the Granada v Manchester United tie will play Ajax or Roma.

Dinamo Zagreb or Villarreal will play Arsenal or Slavia Prague.

According to UEFA, the two-legged quarter-final ties will be played on 8 and 15 April.

The semi-finals are scheduled for 29 April and 6 May.

Going by the draw, Manchester United and Arsenal could play each other in the final, billed for Gdansk, Poland on 26 May.

The Gunners were involved in the last all-English Europa League final against Chelsea in 2019.

Chelsea won the match 4-1 in Baku. 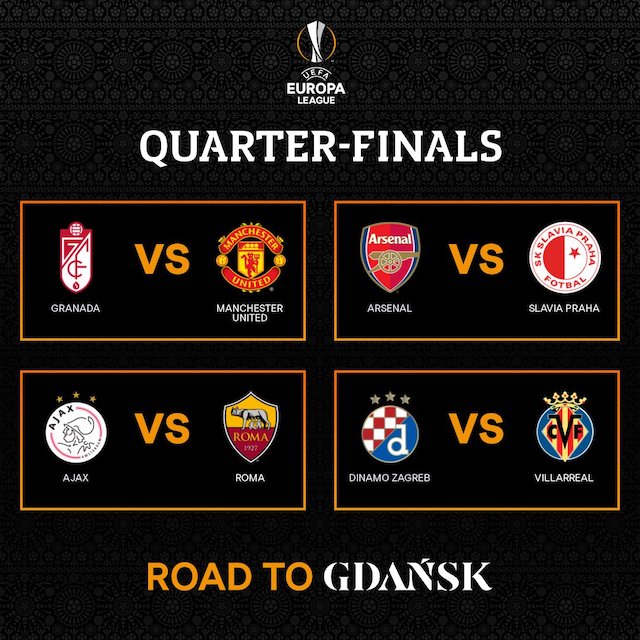