Why Martial may not play for Man United again - Solskjaer 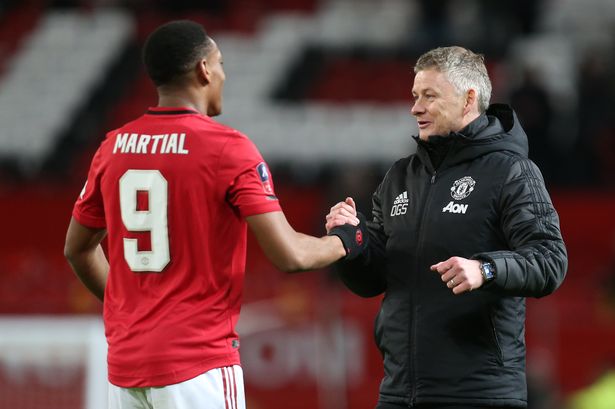 Anthony Martial to be sold by Ole Gunnar Solskjaer

Manchester United manager, Ole Gunnar Solskjaer has revealed that striker, Anthony Martial will not play for the club again this season due to a knee injury.

Martial was forced off with a knee problem during France’s 2-0 victory over Kazakhstan in a World Cup qualification game.

Ahead of their Sunday Premier League encounter with Brighton on Sunday, Solskjaer suggested that the France international may not return before the season ends.

“Unfortunately, he sprained his knee with France,” Solskjaer told MUTV.

“It’s always when they go away on internationals… you can keep your fingers crossed and hope they come back fit.

“Losing Anthony for what might be the rest of the season is very disappointing, especially when reports from there [France] was that it wasn’t anything serious but it looks a bad one.”